Day 15 The weather forecast had announced a rainy day and it was raining as I left the hotel around 7am. I stopped at a coffee shop for breakfast before hitting the road northward through the outskirts of Bergen.

Ten kilometers after having crossed the Salhusfjord I remarked that the rear brake was not working well. I checked the brake pads, which looked quite new after 1000 km. There was no shelter to hide from the pouring rain and I decided to continue, having planned to spend the night at a camping site being still 85 km away.

In the afternoon, after 70 km I boarded the ferry from Leirvåg to Sløvåg across the Fensfjord. It was still raining and there was no place to rest during the 20 min crossing. It was somehow uncomfortable. I left the ferry and there was few traffic on the road leading to the next ferry crossing in Rutledal. Meanwhile the rear brake had stopped working. In Leversund I turned into the Austgulvegen. I passed the Austgulen village and the rain intensified. The narrow road was now climbing up the mountain. As it became too steep, I had to push my bike. Water was rushing down the road and my feet became wet despite the shoes covers. Lightnings and thunderstorm announced a weather change. Rain became gale and gale went into snow. I reached the pass and without rear brake undertook with caution the descent toward the fjord. The front wheel was shaking and the sole functioning break groaning with despair. My frozen fingers were hurting. With relief I finally reached the shore of the Sognefjord, turned left and arrived at the Brekke camping a few minutes later.

I booked a cabin, took a warm shower, ate a quick meal, slipped into my cosy sleeping bag and fell asleep. 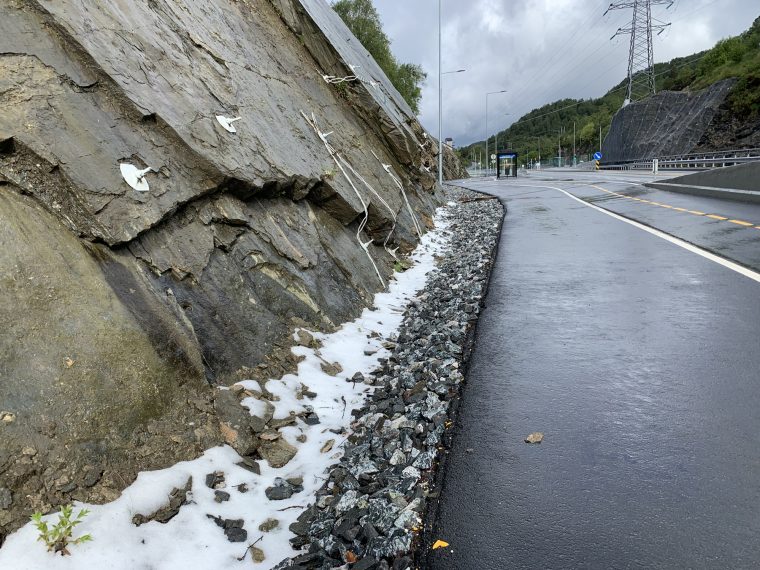 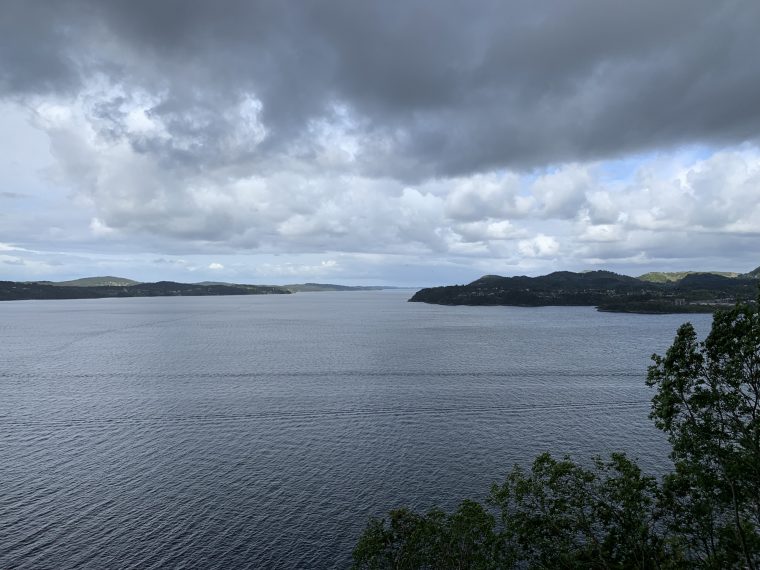 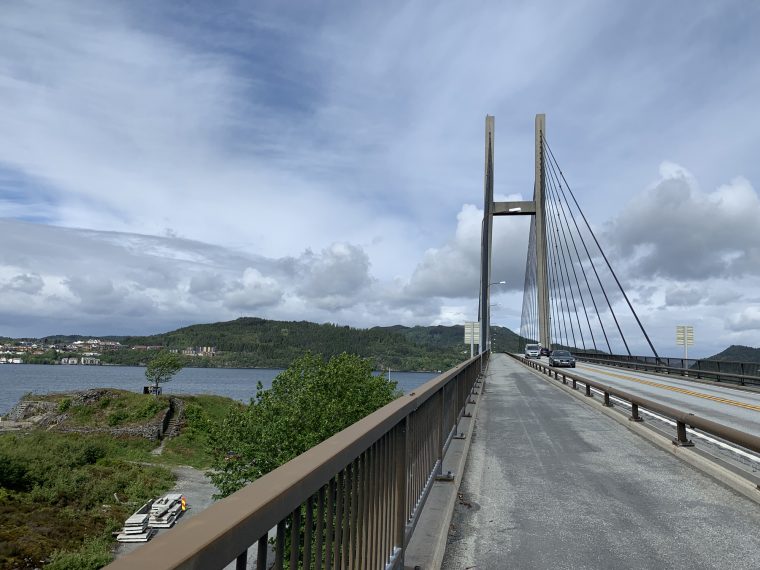 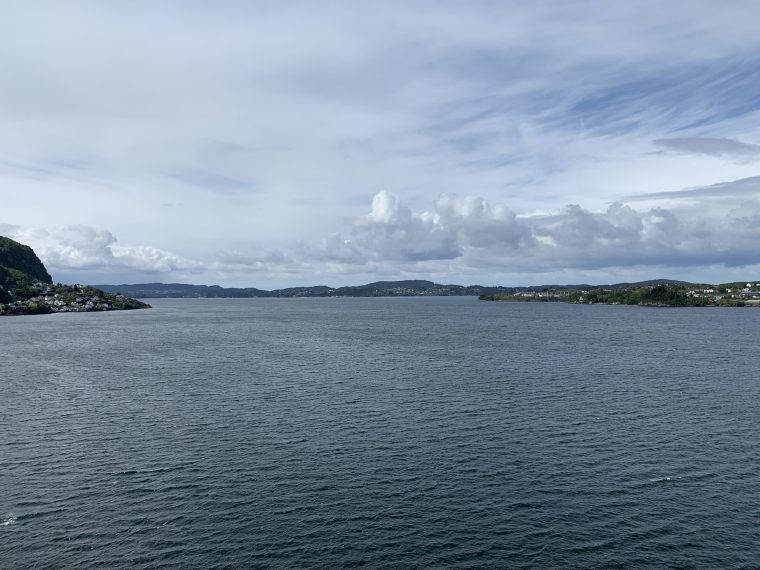 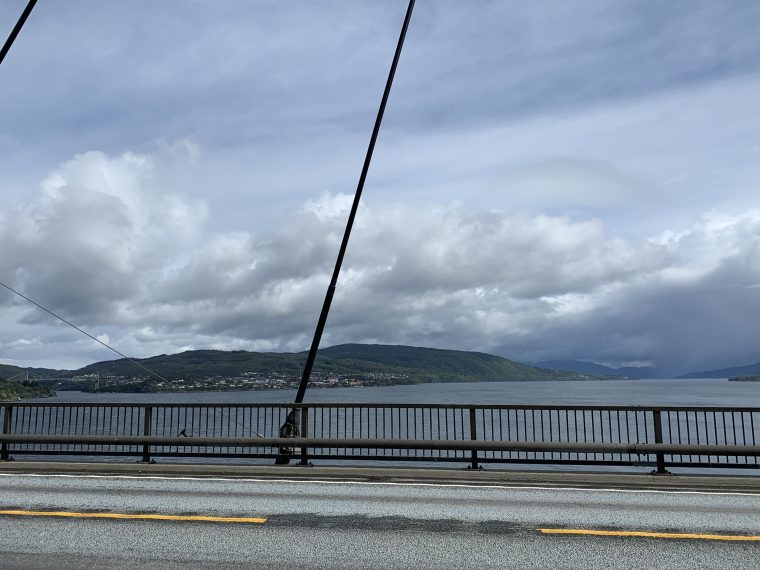 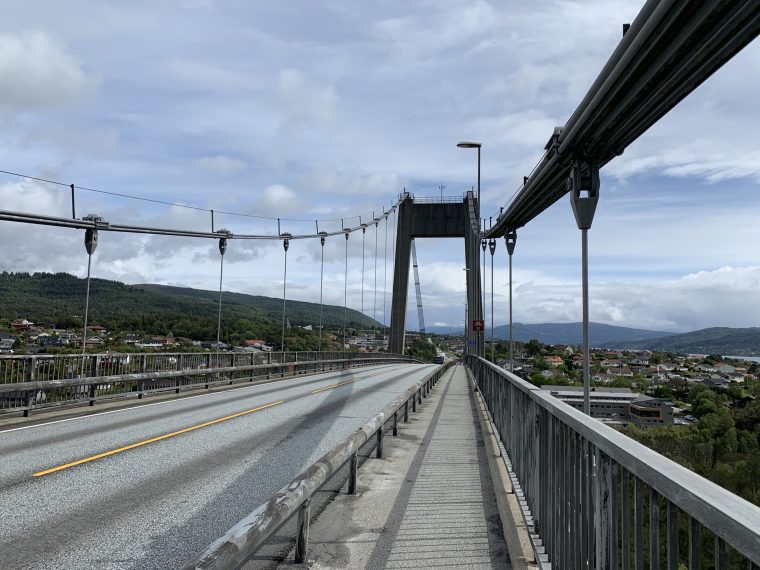 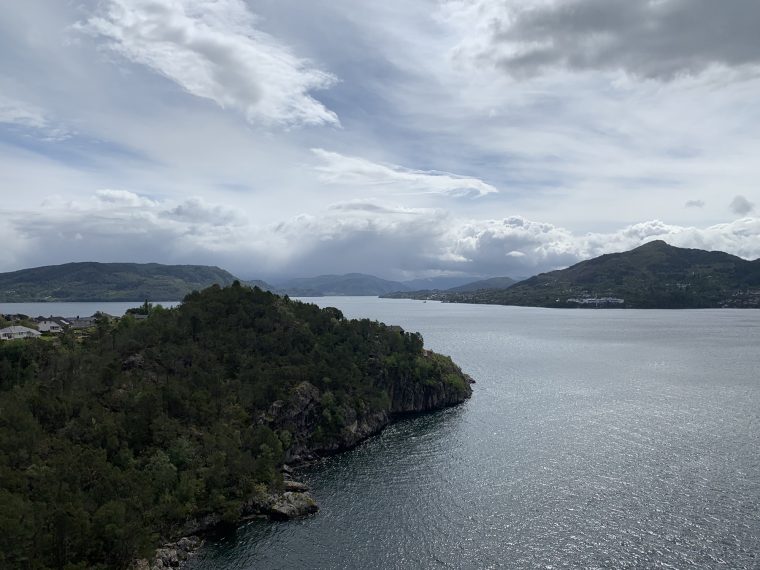 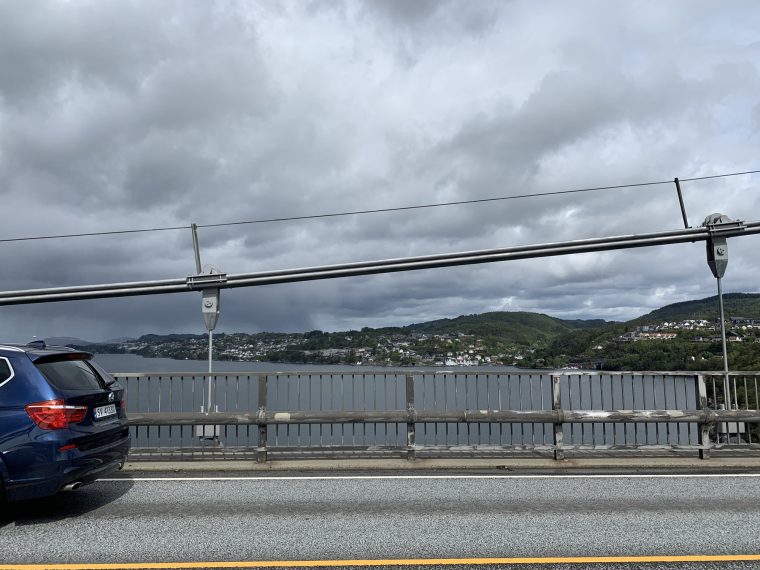 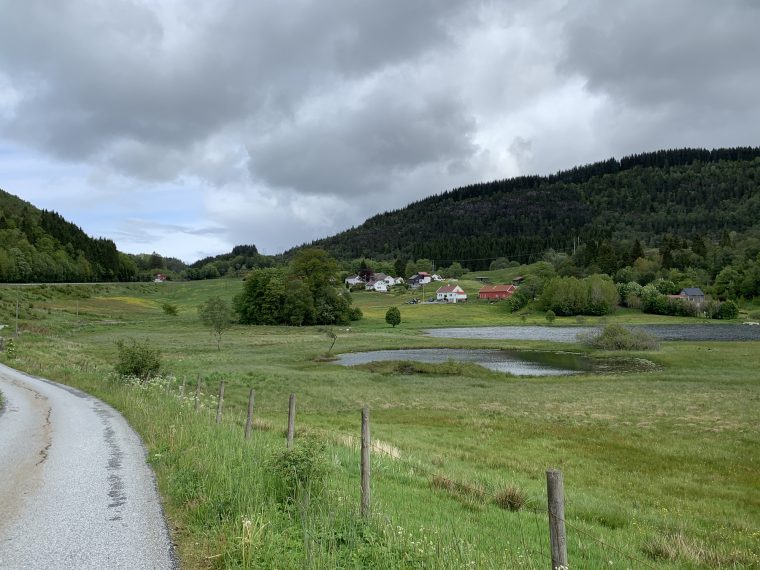 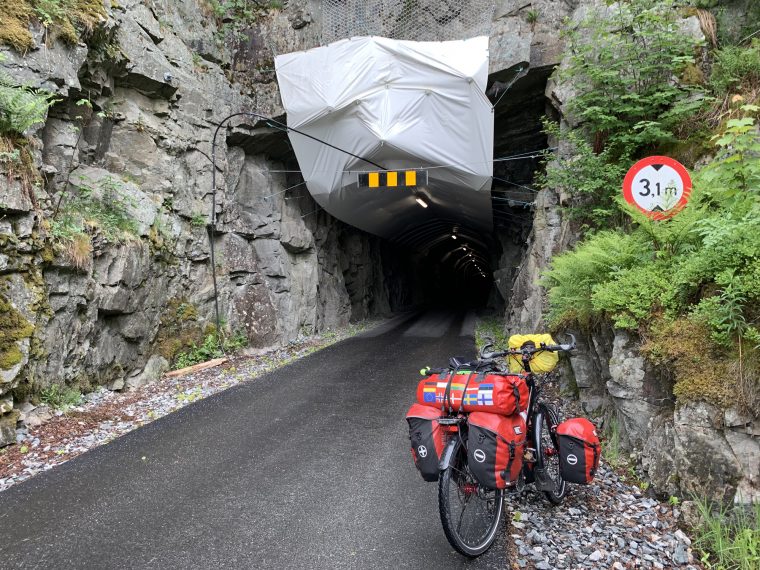 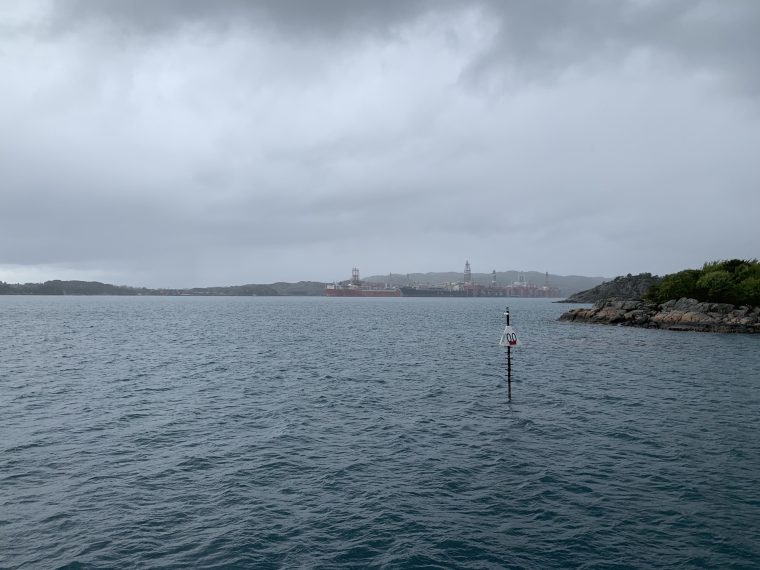 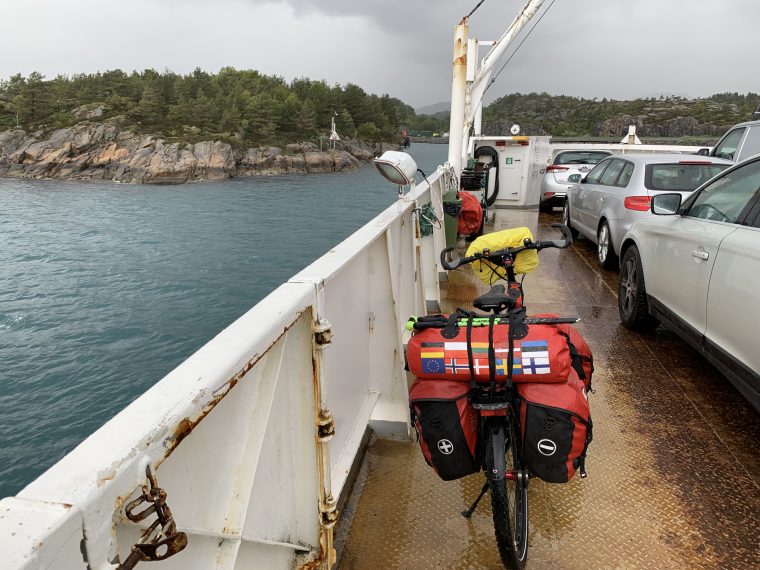 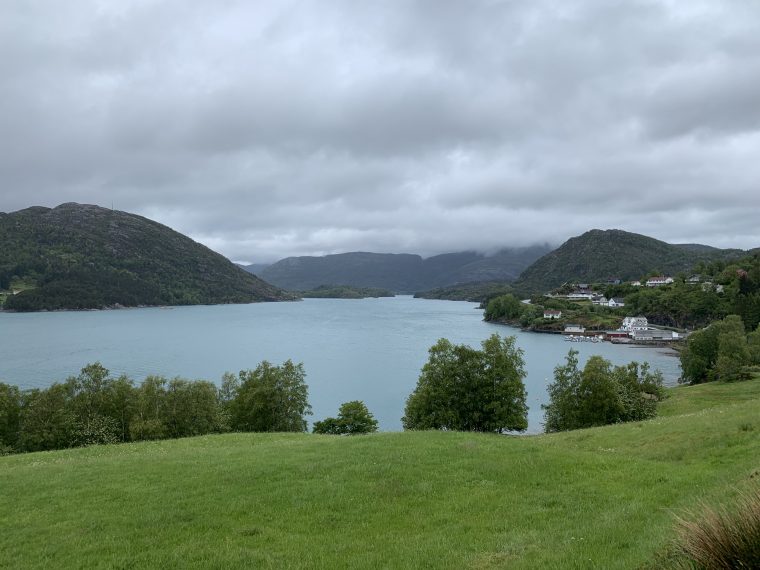 Day 16 After a restful night, because of a weather forecast announcing more rain and of wet clothes and shoes having not got dry during the night, I decided to have a day off.

Around noon the rain stopped and the cloud cover opened to show up some blue sky and shy sunshine for half an hour before closing again. Soon the rain began again and I spent the rest of the day in the cabin. 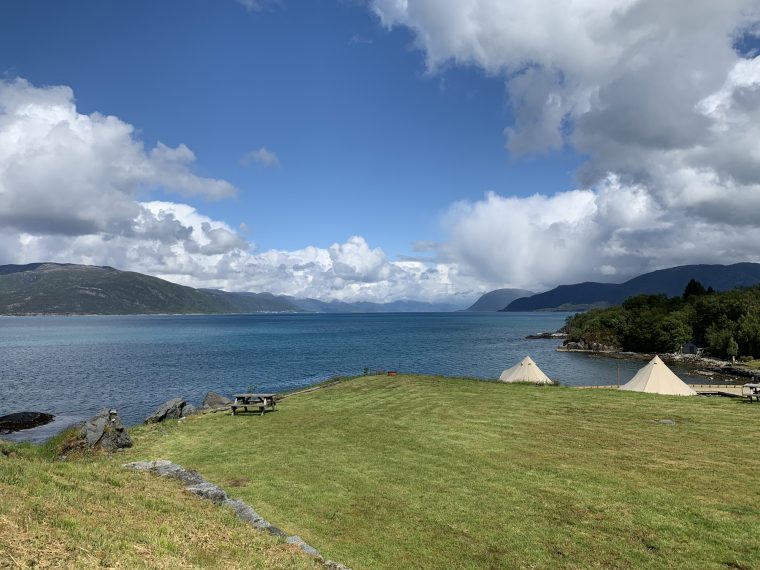 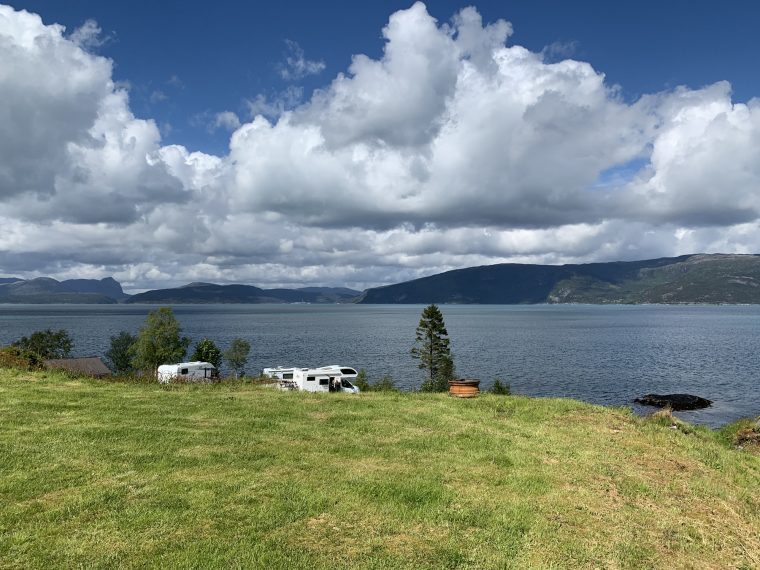 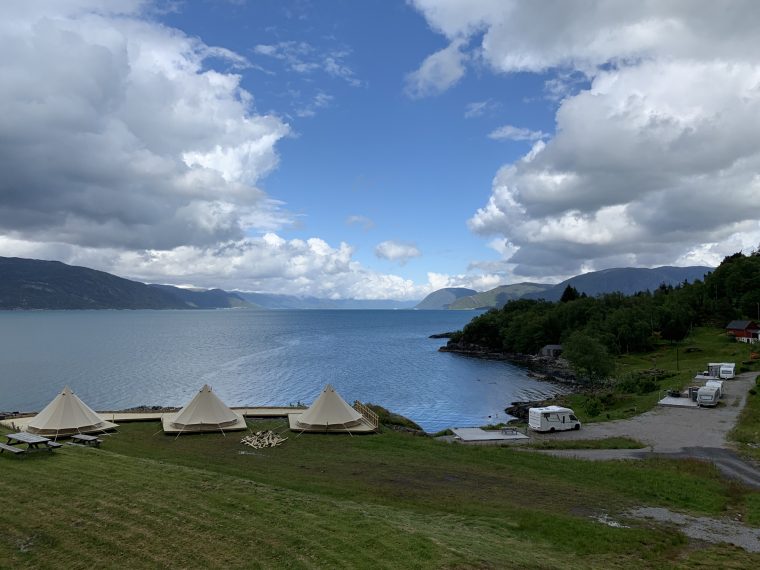 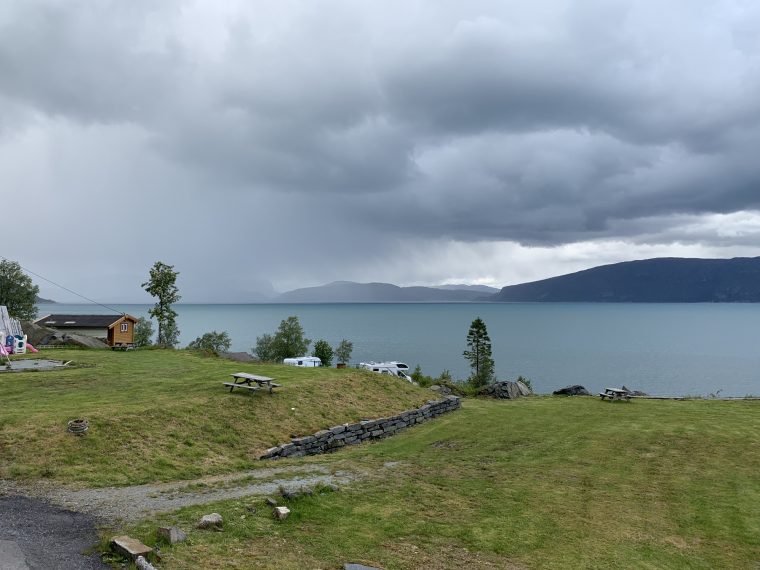