Day 28 I left the Airbnb around 10.30am and arrived at the ferry terminal a few minutes later. Starting from now, I would meet more cyclists on the way to Nordkapp. I had only met a norvegian couple heading to Bergen on my way to Trondheim. A few cyclists from the Netherlands, Germany, France and Liechtenstein were still waiting and a few more came until the ferry departed at 11am.

The weather was as forecasted: blue sky and sunshine around the clock. The crossing took about 2h30′. We came ashore on Lofoten around 1.30pm. Leaving the port of Moskenes I turned southwestward on the E10 toward Å where the narrow road ended on a car park. I continued on a cycleway which led me to a beautiful scenic viewpoint at the sea. It marked the beginning of an unforgettable week on the islands peppered with beautiful sceneries.

I turned back, rejoined the E10 road toward Reine, where I had to stop to memorize the scenery and take a few pictures. But after a while, I knew that every turn of the road would open on another scenic view, another fishing village with its picturesque red-painted rorbuer (fishermen cabins), scaffoldlike cod-drying racks covering nearly every rocky knoll in front of razor-sharp mountain peaks bathed in the light of a radiant sun under a bright blue sky, batten by a fresh wind with scents of dried fish and sea iodine.

I had booked a room in the “Manor House” on Hamnøy and received a code to open the frontdoor of the house, but it did not worked and I had to call the landlord, who remotely opened the door. I easily found my room upstairs with a great view over the fjord and sharp mountain peaks behind. I took a shower, drop my dirty clothes in the washing machine and prepared my dinner. New guests arrived Two young women from Vladivostok who joined me in the kitchen. They had flown from home to Moscow and travelled to Scandinavia by car.

The view outside the window over Reinefjord with the triangle-shaped Olstinden landmark back-lighted by the evening sun in the background was more than a reward for the past weeks of cycling.
🚴🏼‍♂️⁠⠀ 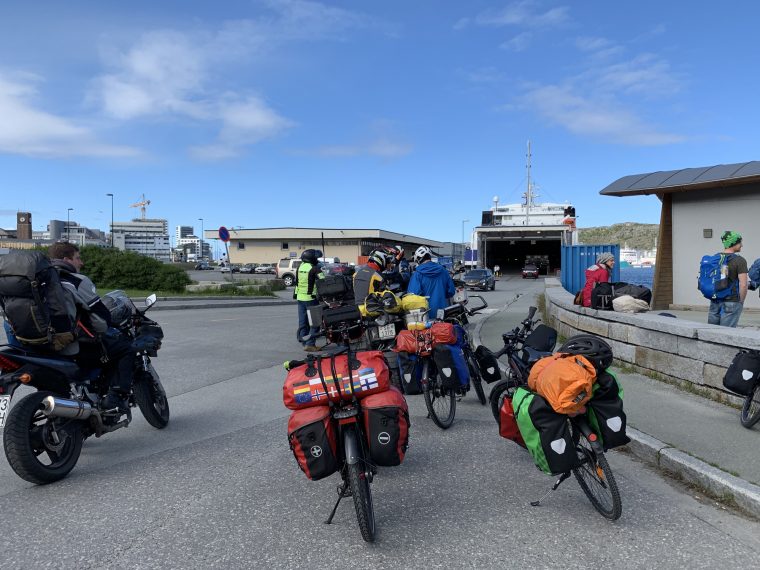 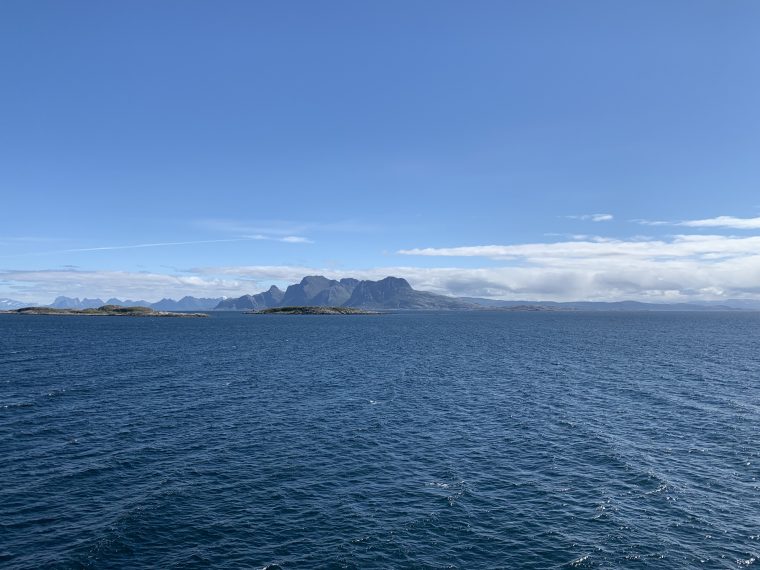 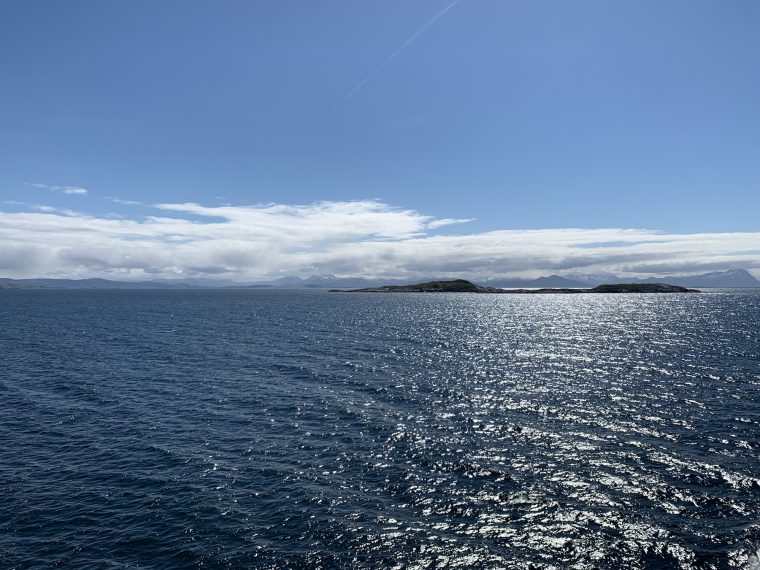 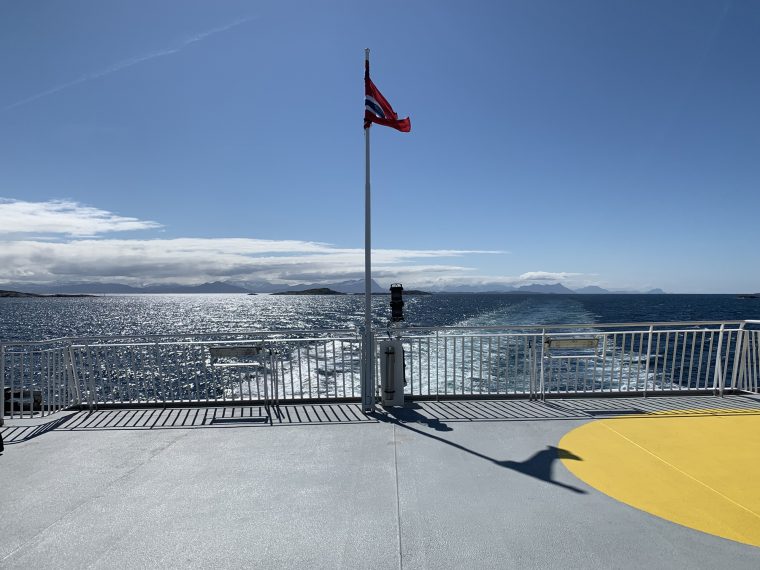 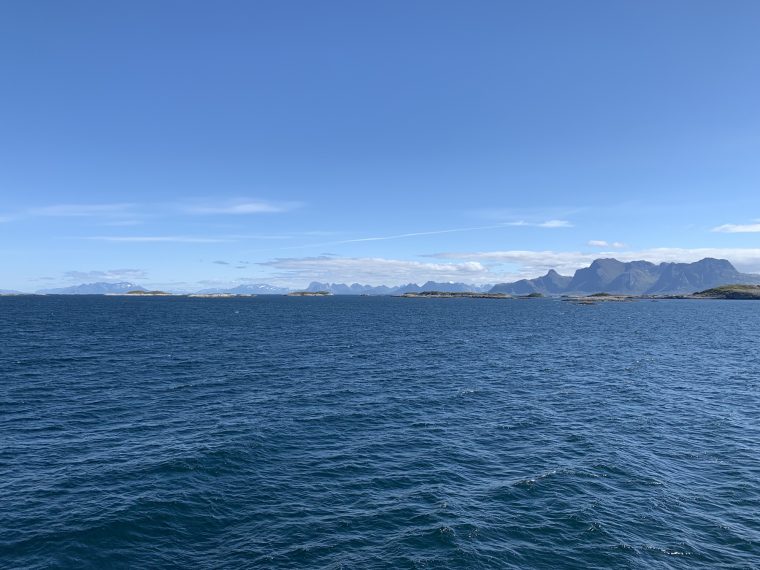 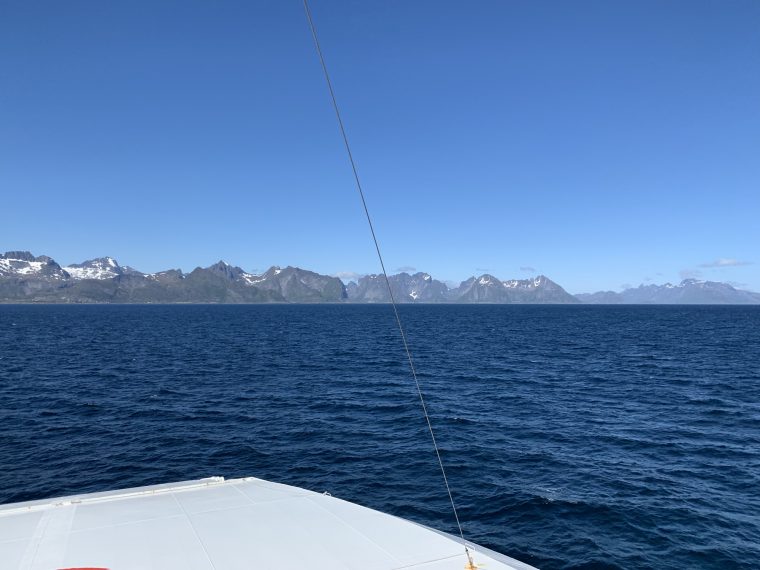 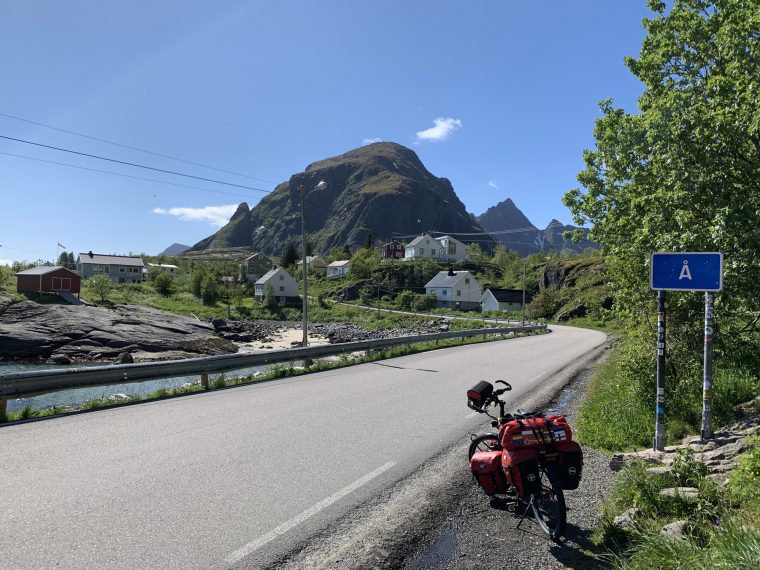 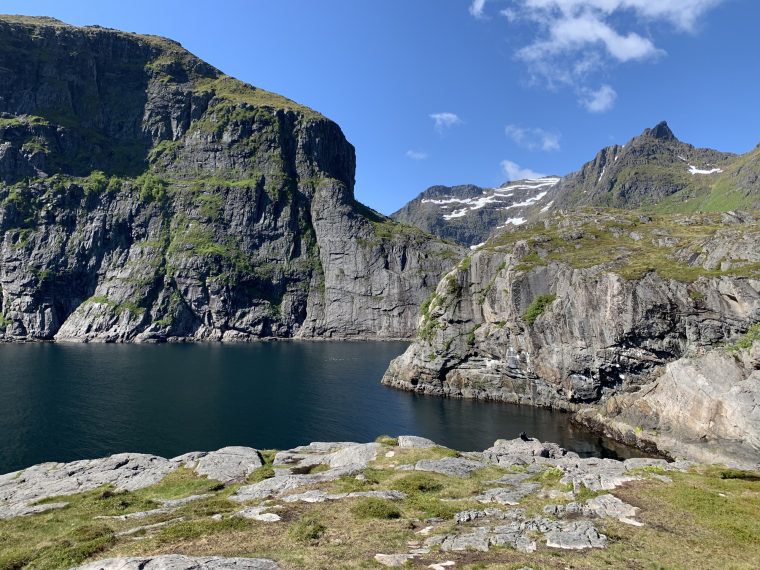 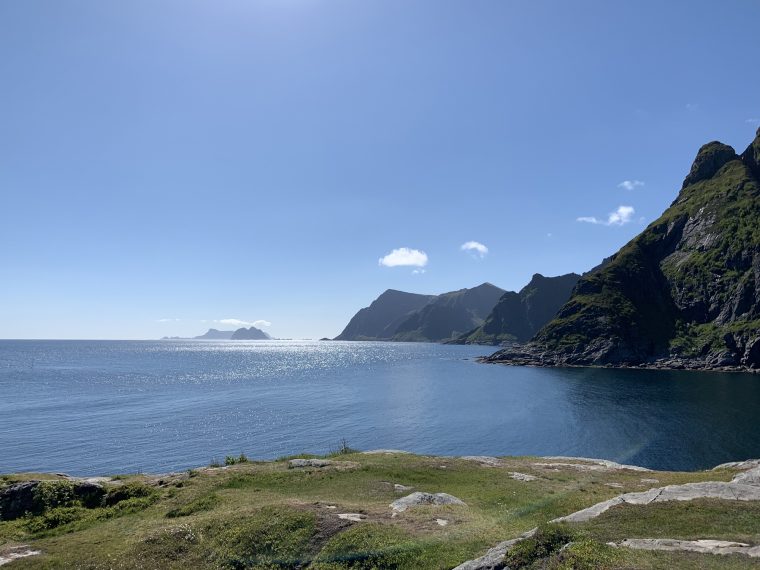 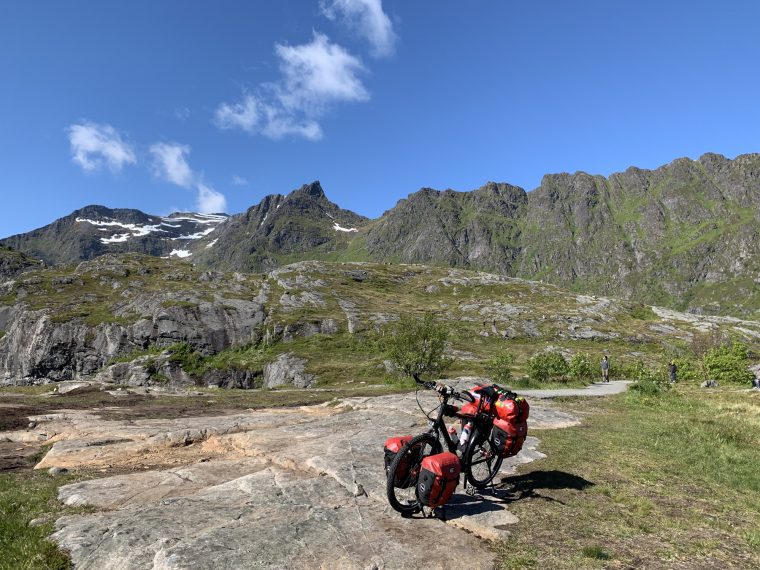 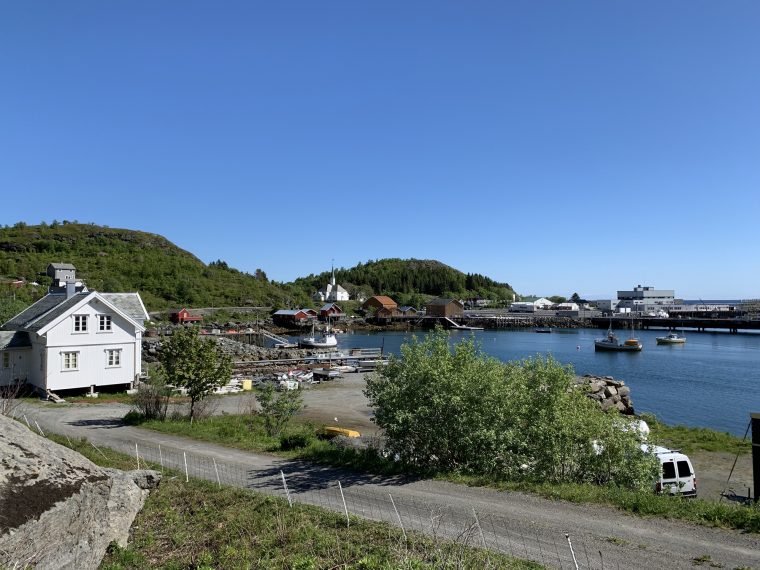 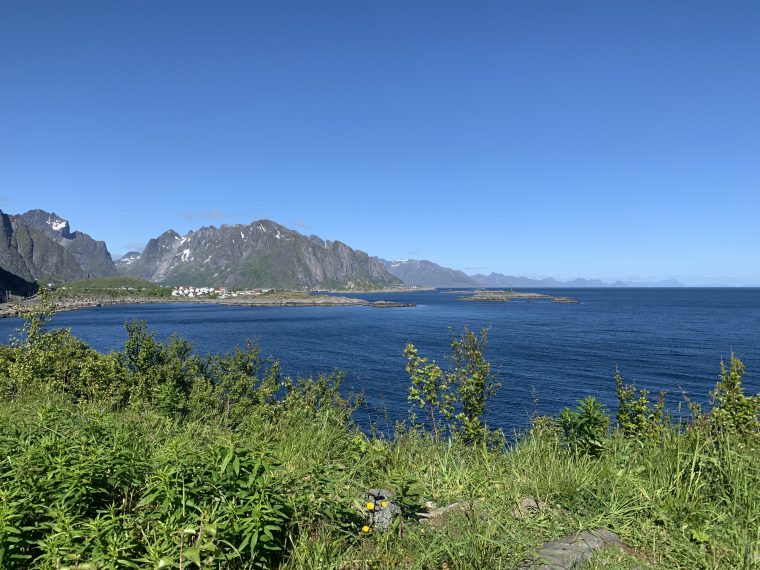 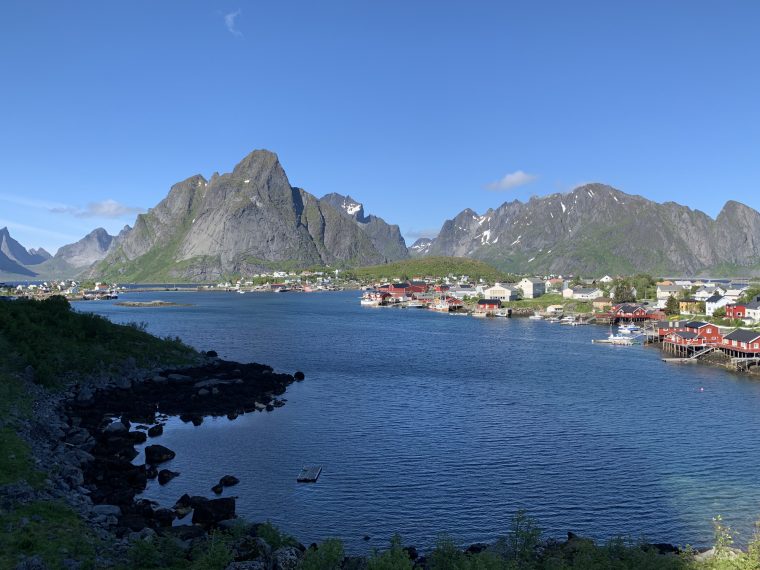 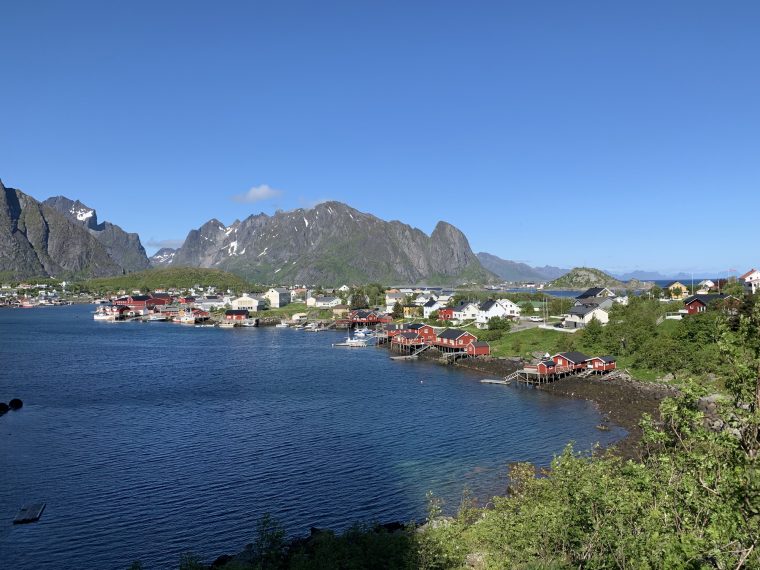 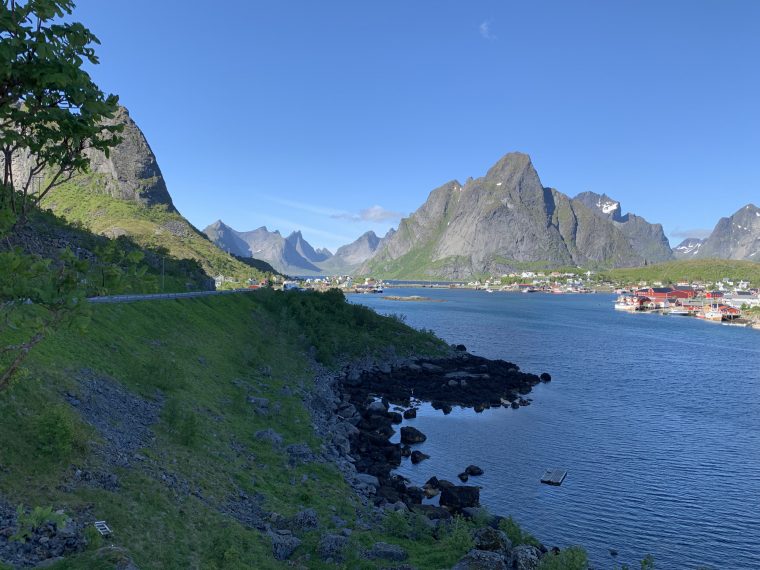 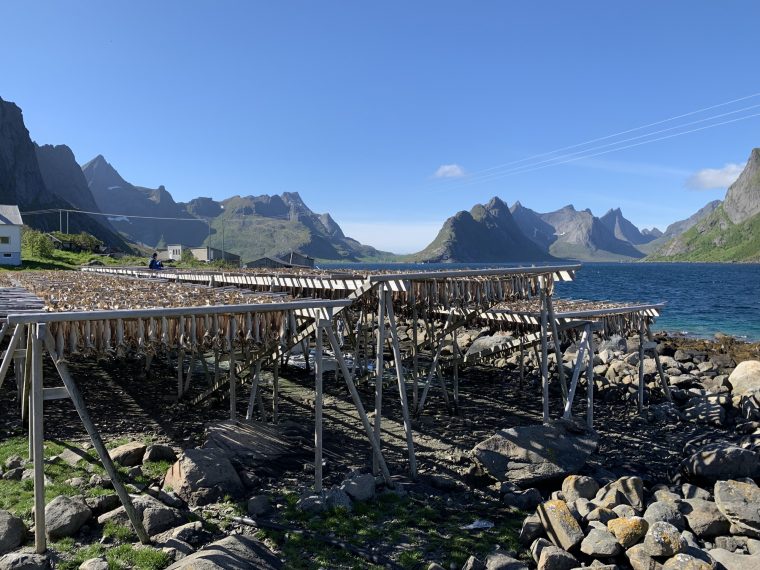 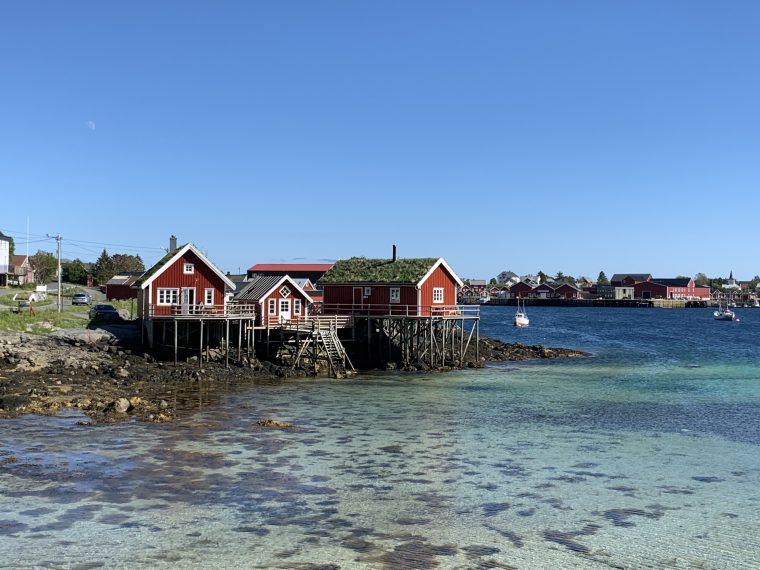 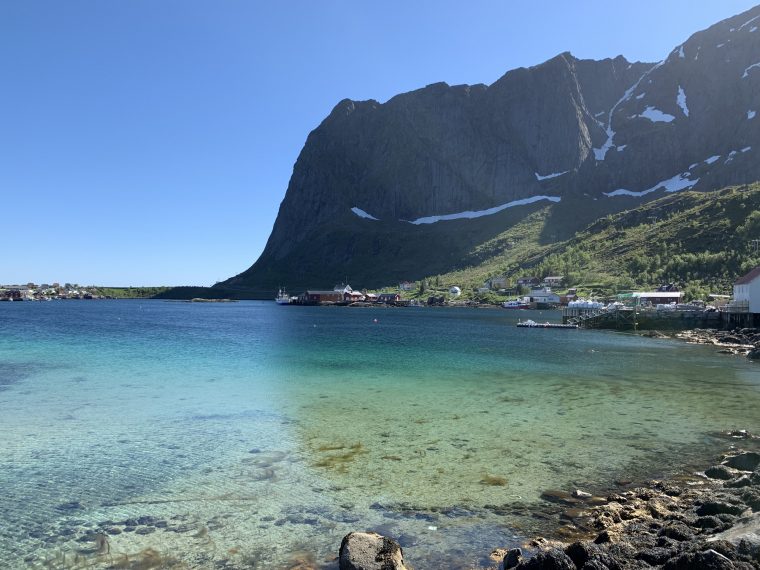 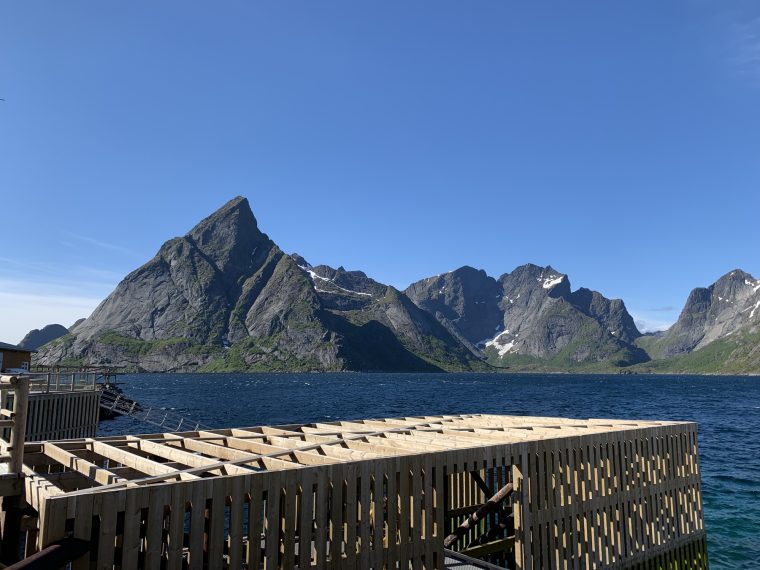 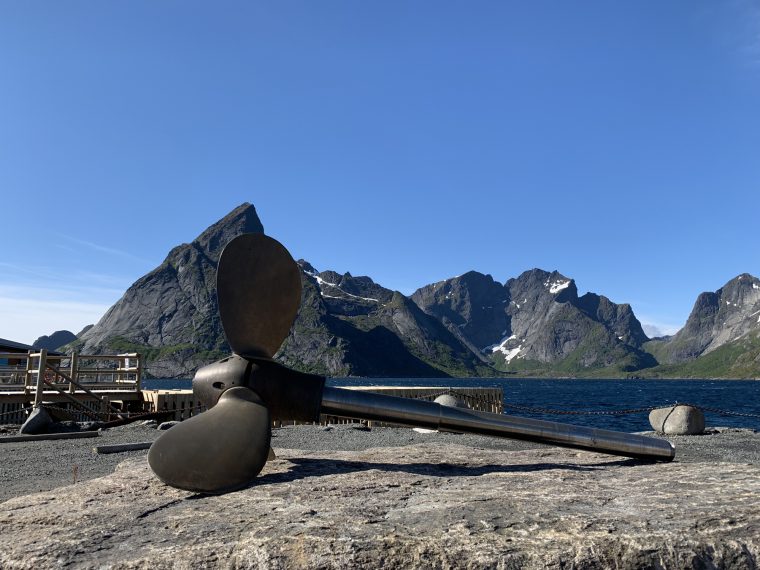 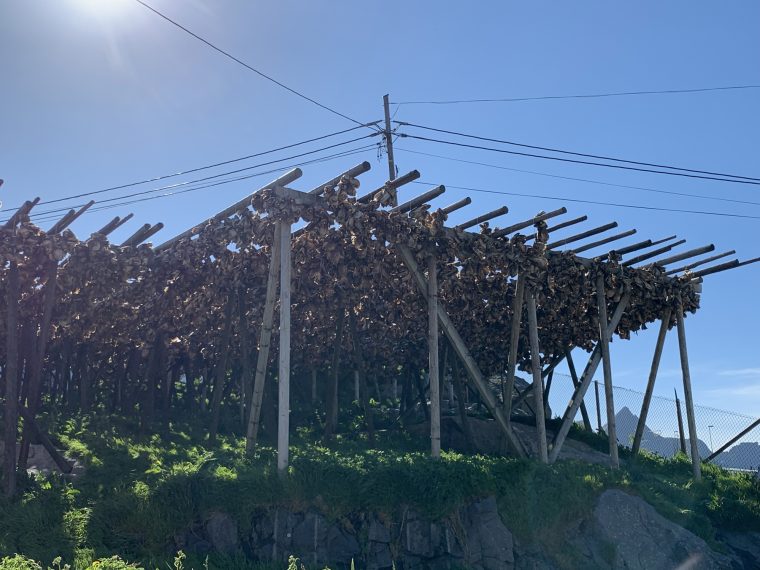 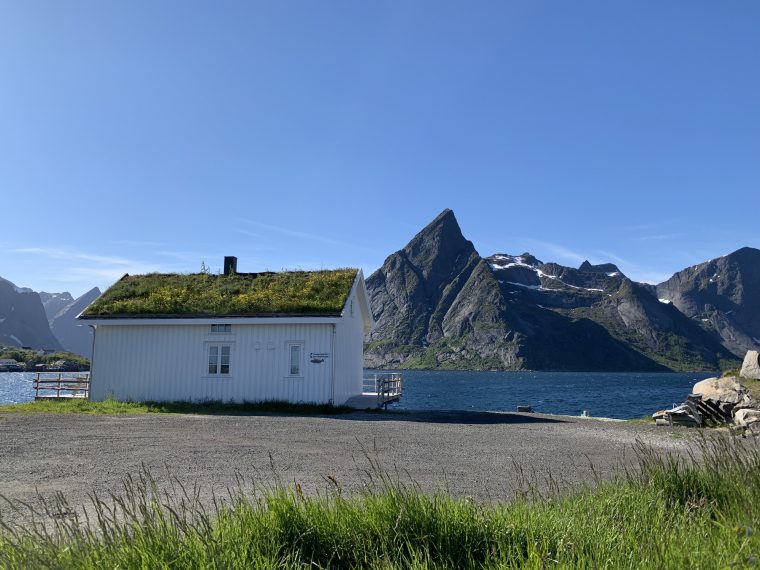 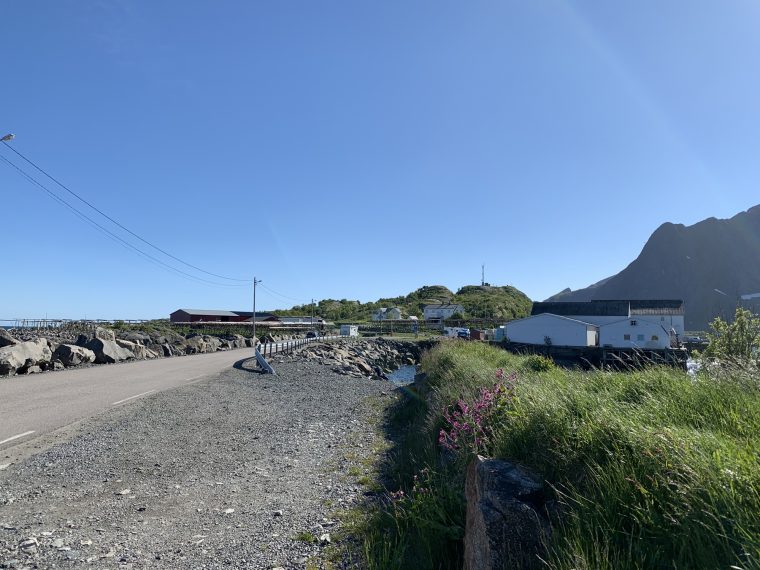 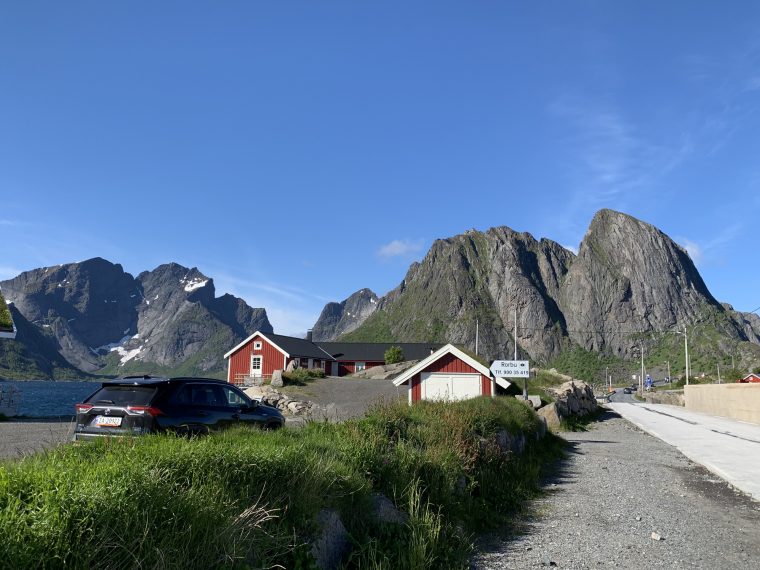 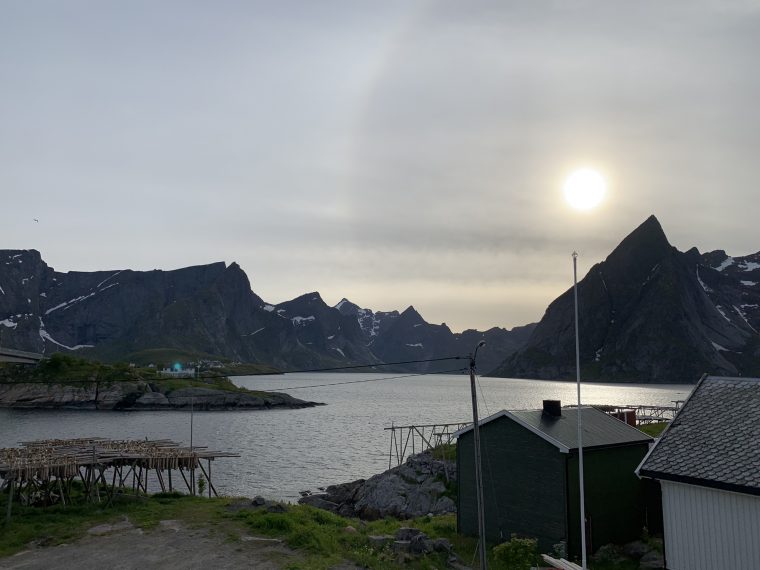