Day 31 Another day of island hopping: Moving from Lofoten to Vesterålen archipelago.

I left the camping site at 7am to avoid some traffic on the road, pedalling hard against the wind and up the slopes, boosted by the sunny weather. I crossed the marshland north of the Vatn Fjord and the Grunnfør Fjord (Grunnførfjorden) on the road dam at low tide, cycled through the marshland between the Grunnfør Fjord and the Mor Fjord (Morfjorden) and reached Fiskebøl at 9.30am, one hour before the next ferry to the 8 km distant Melbu on Hadseløya in the Vesterålen archipelago.

After a while, another cyclist arrived at the terminal and we had a chat. Nicolas, a french cyclist from the Paris area, had taken a sabbatical and was heading at high pace to Nordkapp. The ferry left Fiskebøl at 10.30am and dockted in Melbu around 11am after a pleasant crossing. Nicolas and I cycled together for a while. It was nice to have a cycling buddy to untertain. But Nicolas had to slow his planned pace to keep with me, my equipment being more than twice as heavy as his own. After a while, we said goodbye, but we would keep in touch until both of us have reached the North Cape and he would on a daily basis feed me with useful informations about the route ahead of me.

Around 12.30pm I said heia to Hadseløya, cycled over the Børøy Bridge (Børøybrua) to Børøya and managed a short stop at a picknick area close to the next, 1 km long Hadsel Bridge (Hadselbrua) connecting Børøya to Langøya. But 5 min later, several trucks and motorhomes had the same idea and I preferred to leave. From the top of the bridge, the view over the Langøysundet strait was amazing.

Later in the afternoon I reached Sortland, a small town on the shore of the Sortlandssundet, stopped at a supermarket to buy some food and finished another, despite a constant fresh headwind, enjoyable day ride at a camping site above the sund. 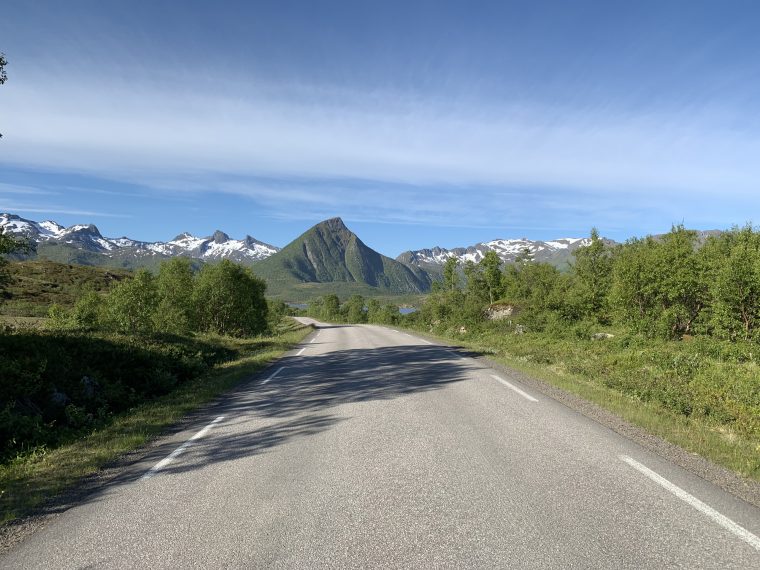 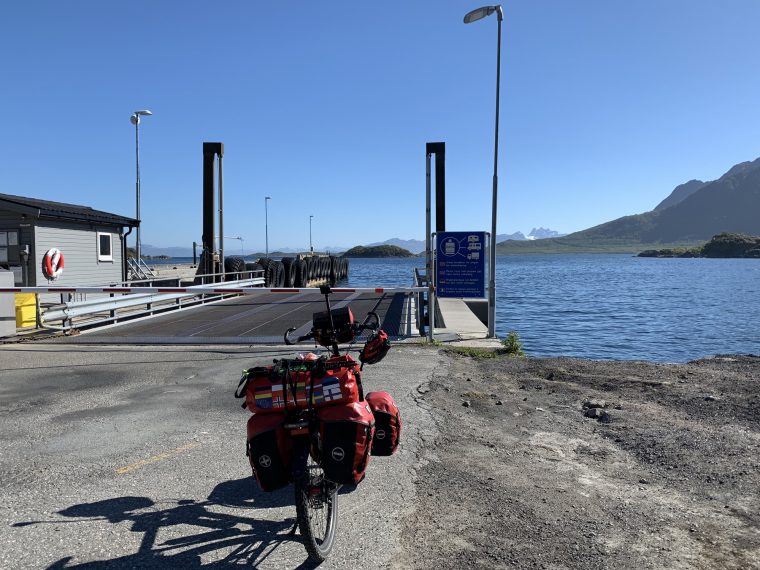 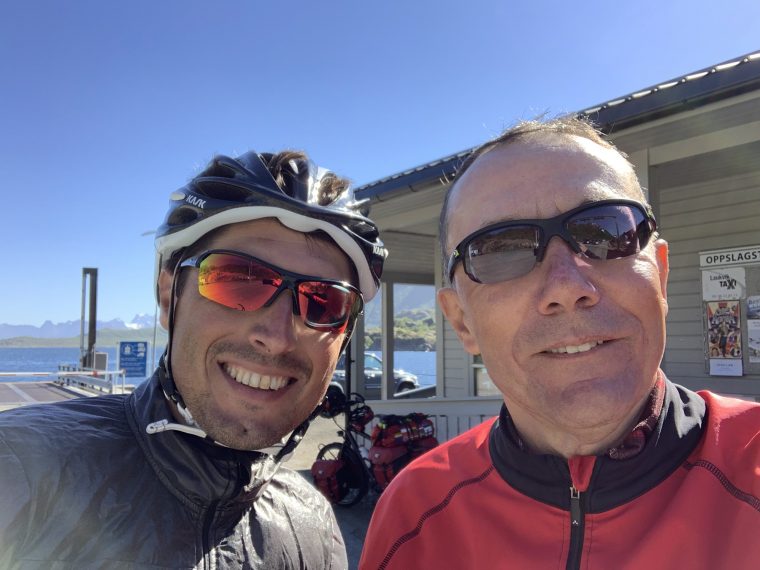 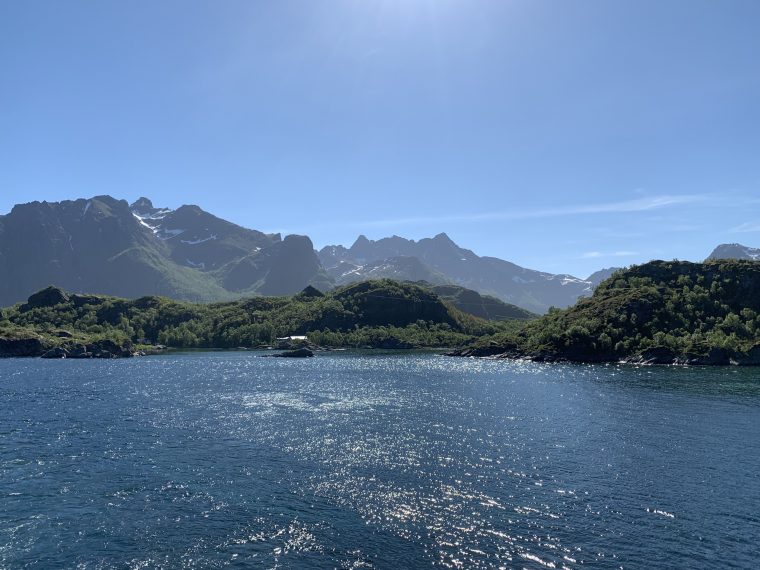 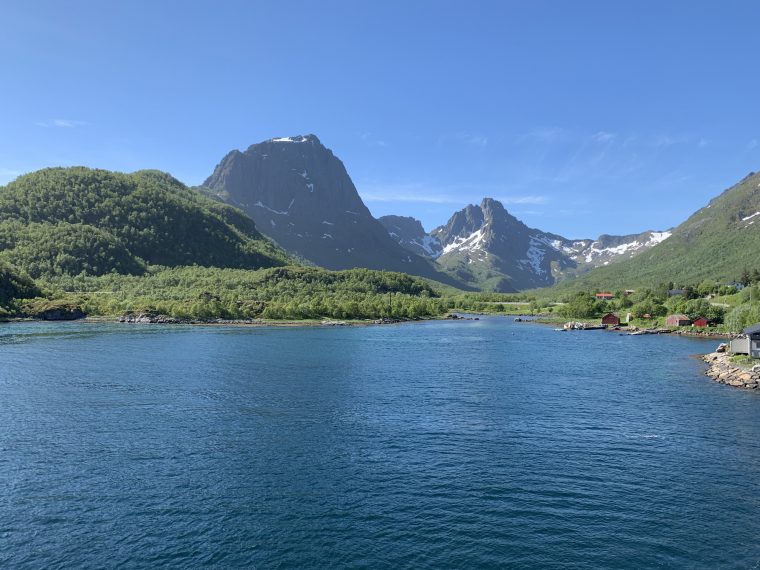 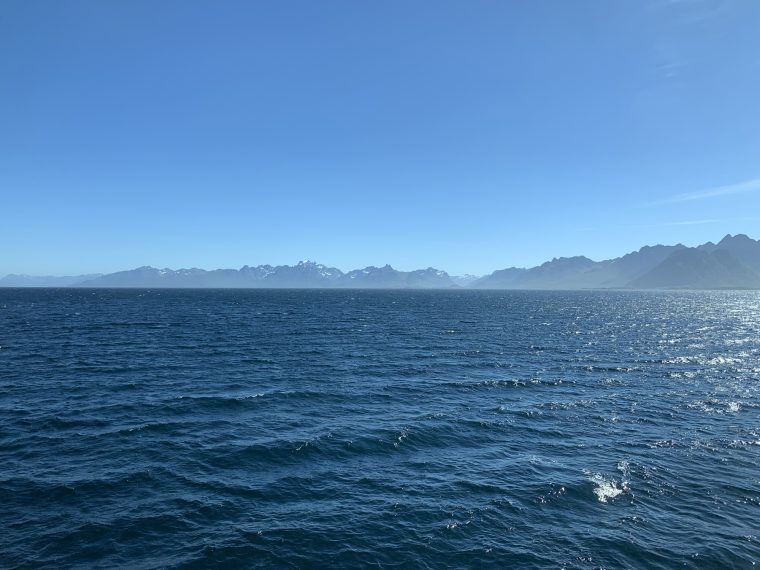 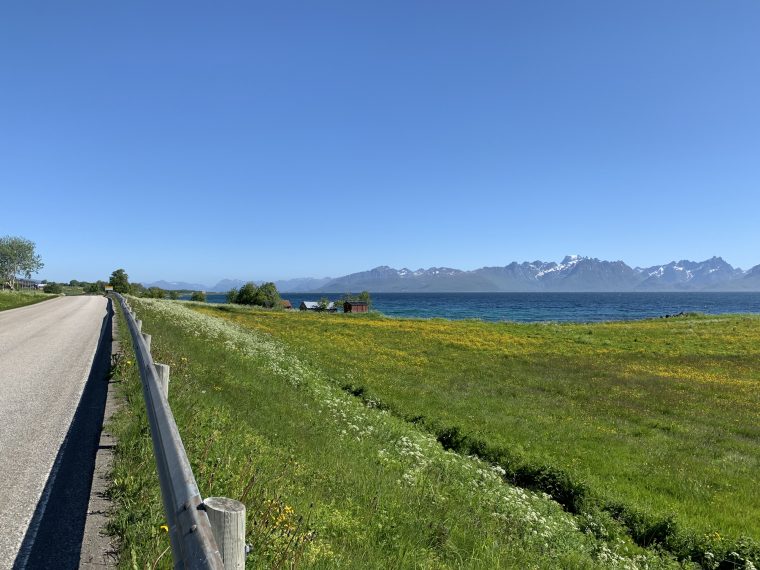 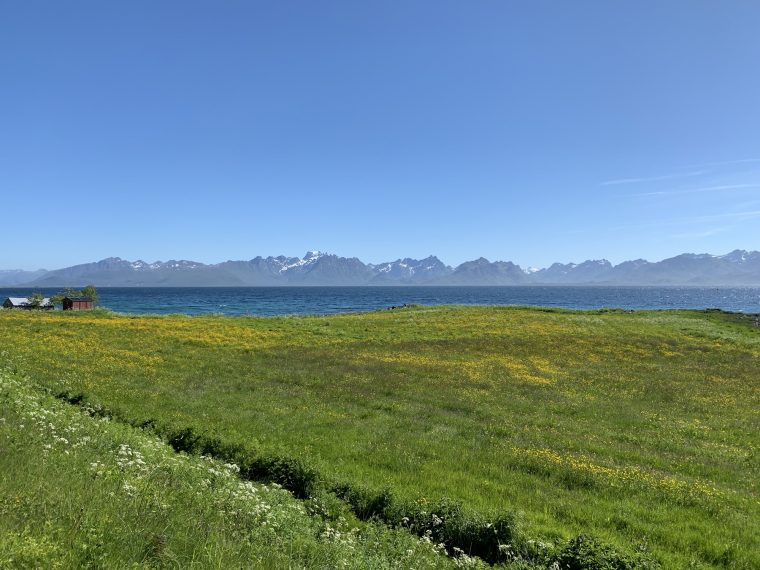 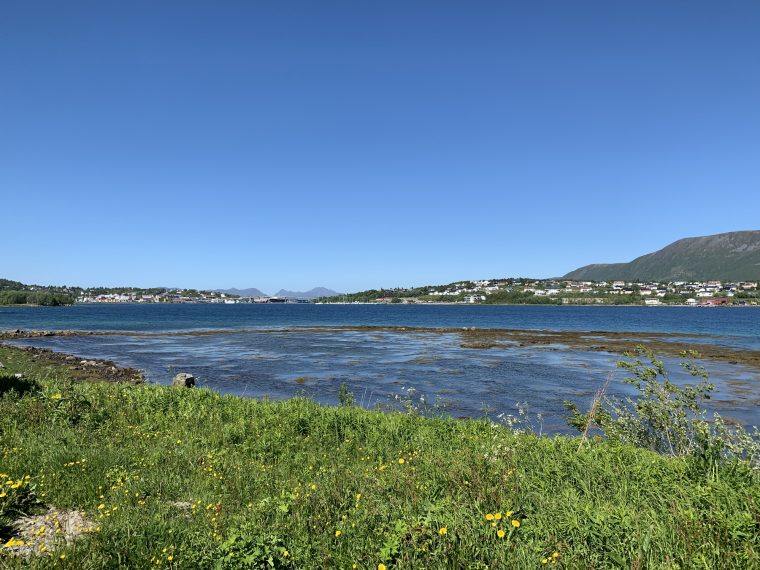 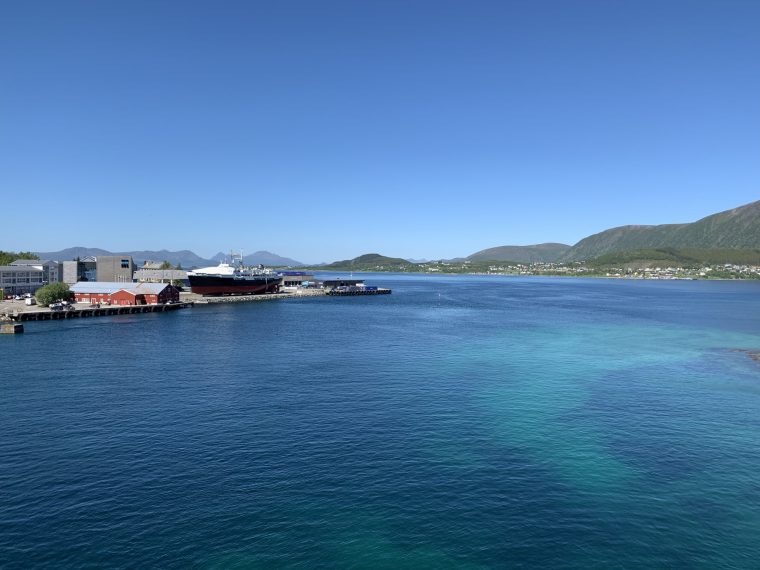 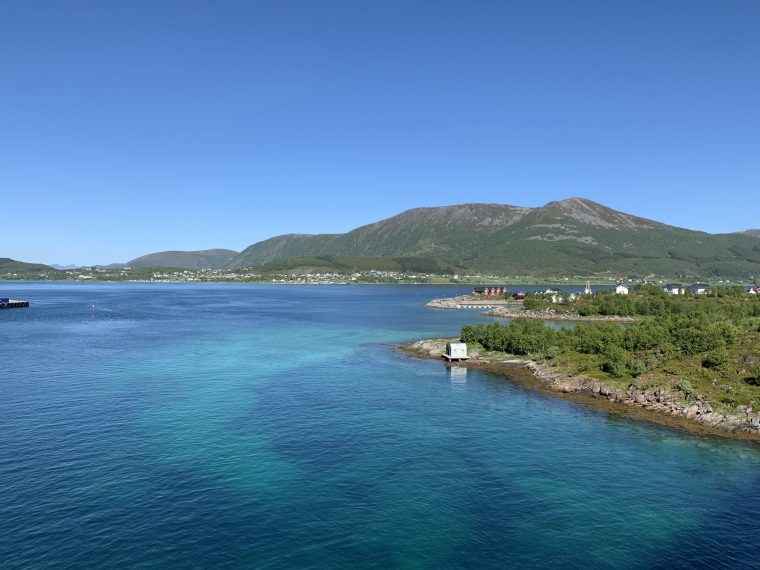 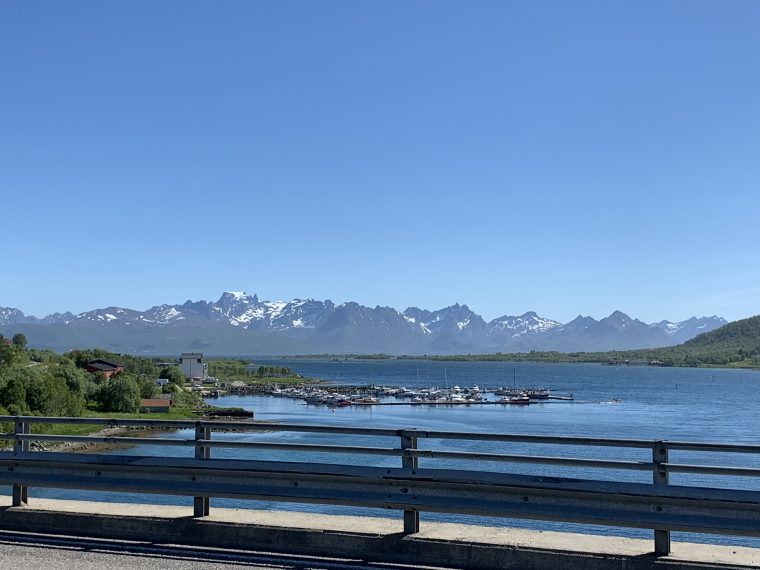 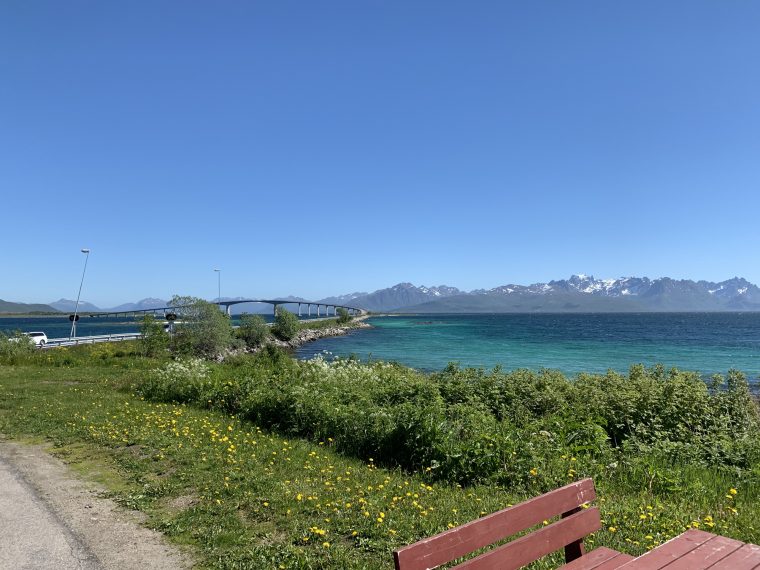 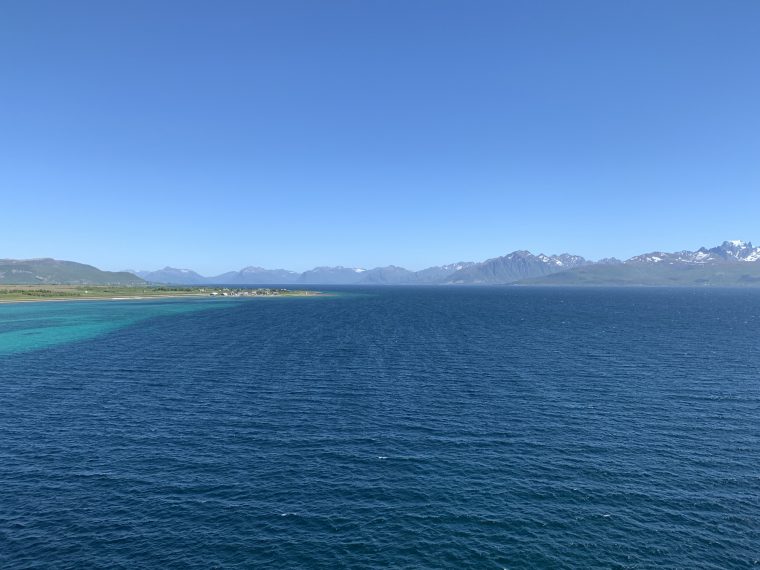 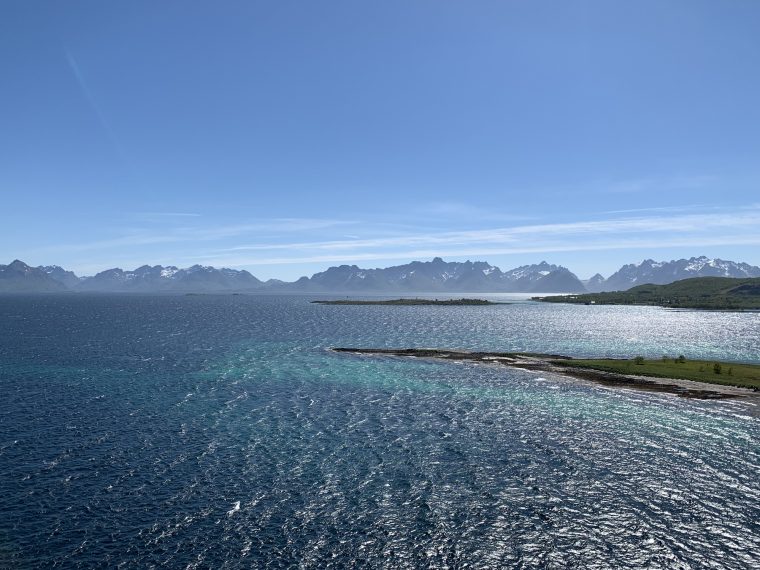 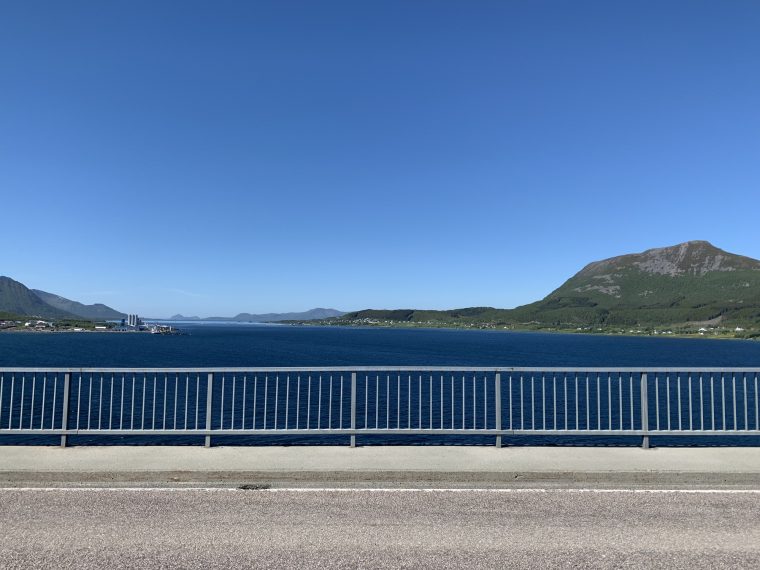 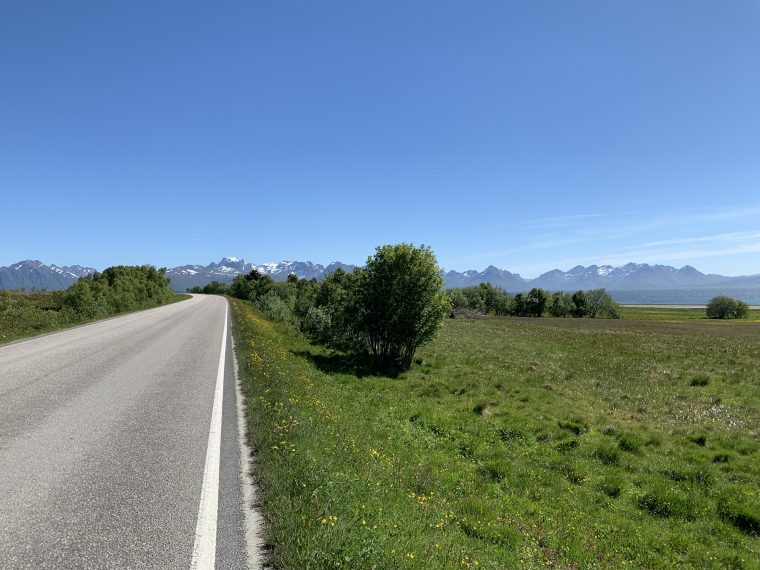 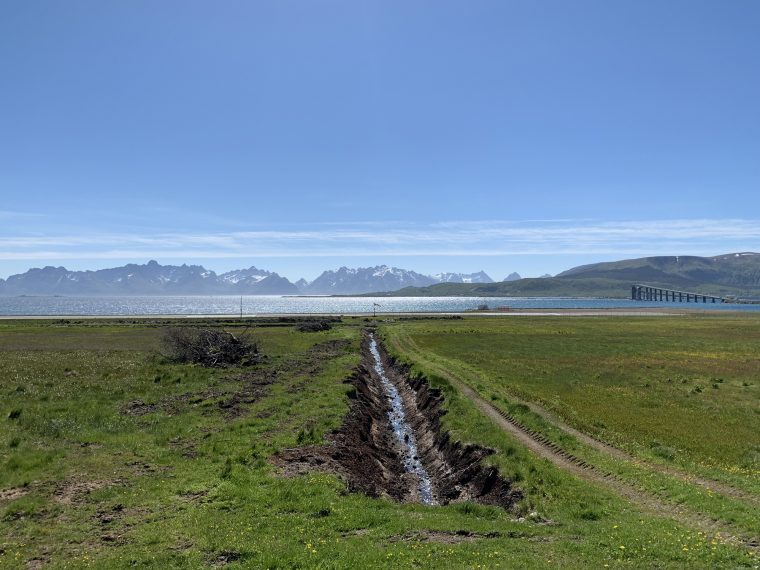 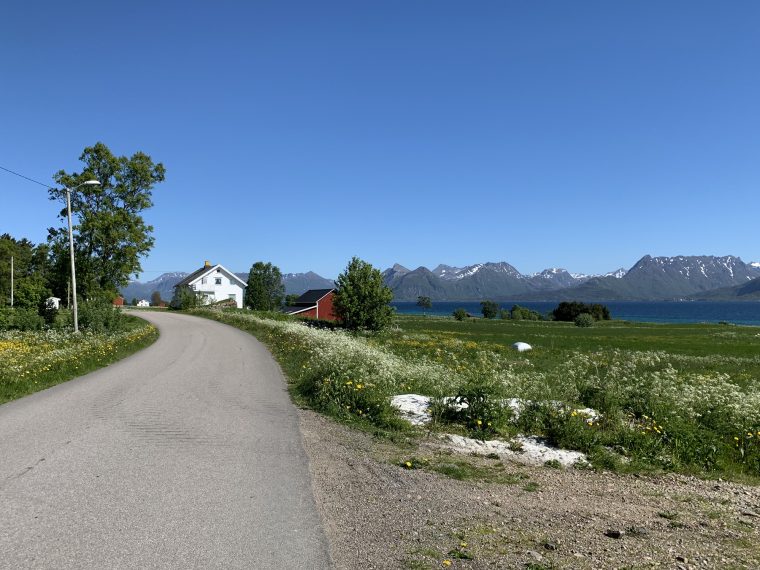 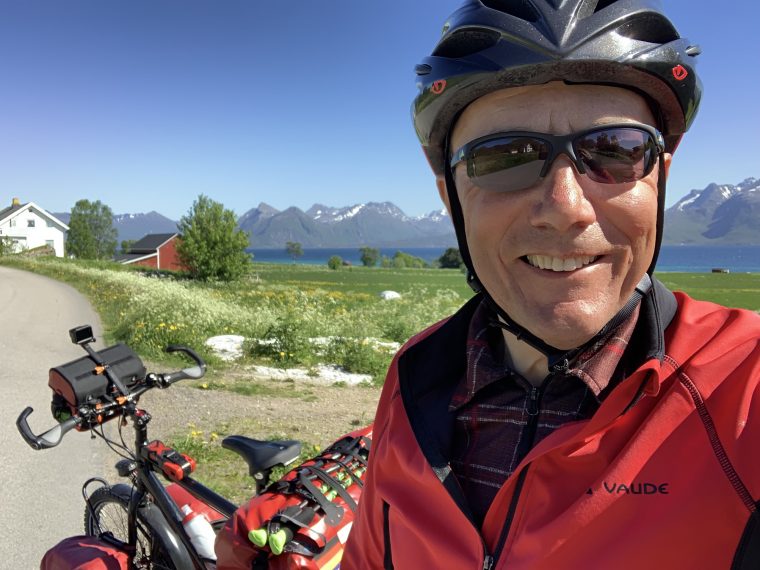