Day 17 It was still raining as I woke up and at 7.15am I was ready to leave. I met only one car on the road leading to the 15 km distant Rutledal and 45 min later I reached the ferry terminal. Unfortunately there was no shelter to hide from the rain and the fresh westwind. The ferry arrived 30 min later. I boarded, rushed into the warm cafeteria and ordered a hot coffee. The ferry reached Rysjedalsvika at 9am. It had stopped raining. The westwind blowed the clouds away and one hour later, the sun was shining.

As I arrived in Dale, a village on the shore of the Sunnfjord, I stopped and carefully inspected the rear brake line. It did not took me too long to discover the leaking, a shiny spot behind the brake handle. I googled and found that the next bike workshops were in Bergen (I had no intention to u-turn) and Ålesund (300 km ahead). I called Peder Øie in Ålesund and asked him if it would be possible to fix my Magura MT4 brake on Monday (it was Friday afternoon). Because he could not manage this at such a short notice, I agreed to get the Magura brake replaced by a similar Shimano branded 4-piston hydraulic disc brake.

After the village the road goes through Nishammartunnelen, a 2 km long tunnel prohibited to cyclists. I followed the cycling bypass along the fjord shore and got rewarded by a breathtaking view at Laukelandsfossen, a 100 m wide waterfall with an impressive 135 meter drop on the north side of the fjord.

A light rain fell on the last kilometers down to Førde, cleaning my muddy bike and paniers before reaching the B&B. After having taken a hot shower and washed my sweaty clothes, I walked downtown and stopped at a chinese restaurant, where I enjoyed a huge plate of rice noodles with fish and vegetables flushed down with two beers. 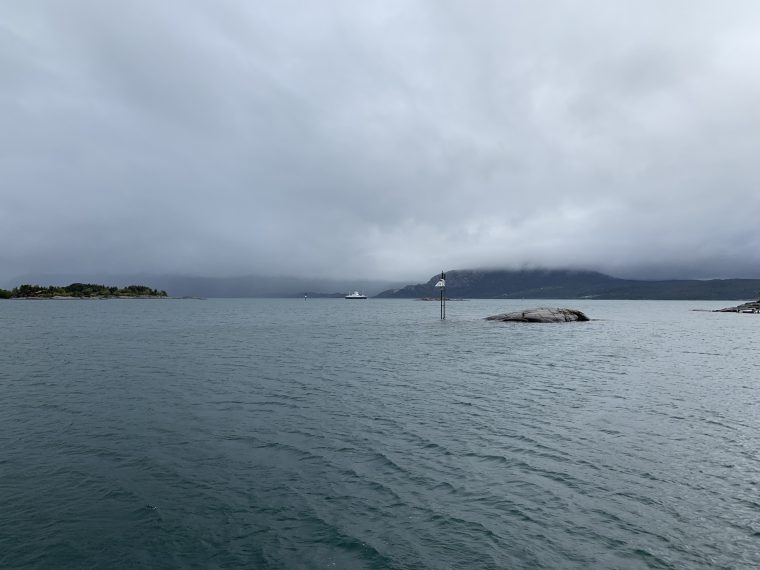 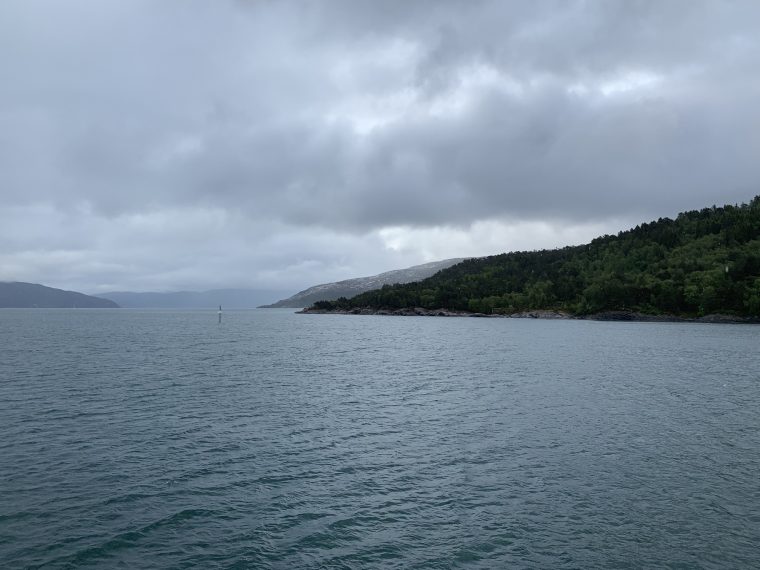 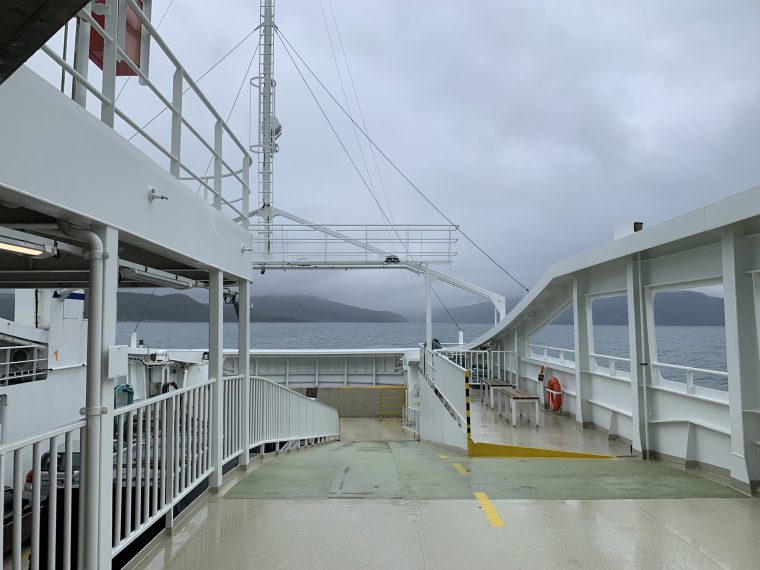 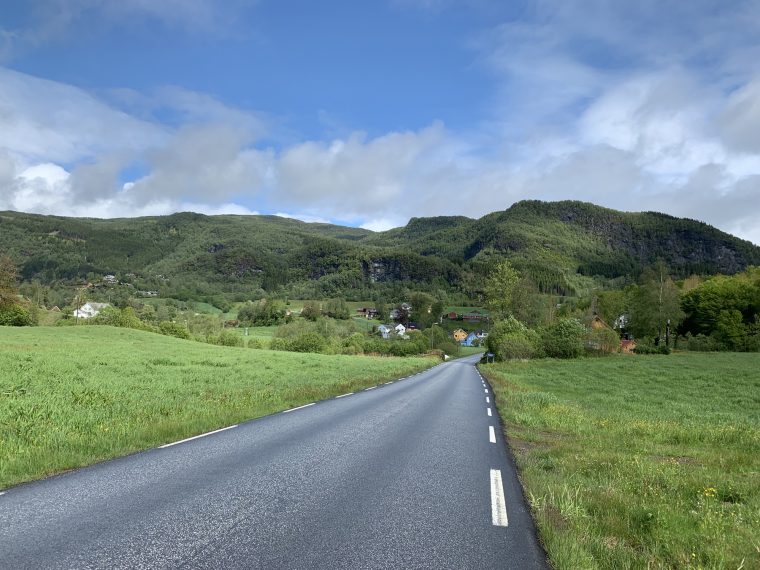 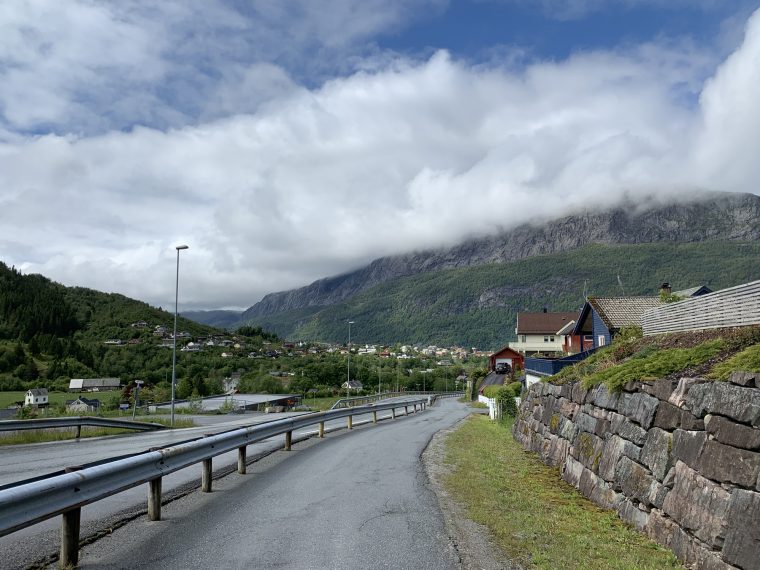 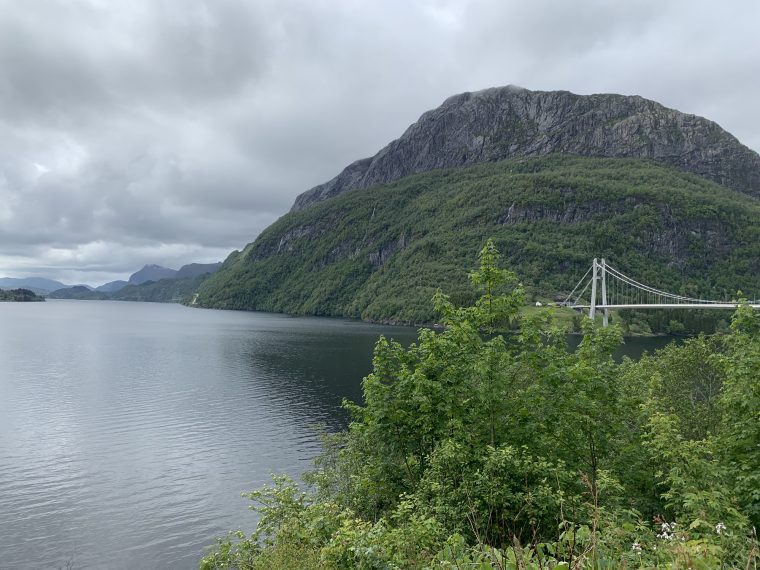 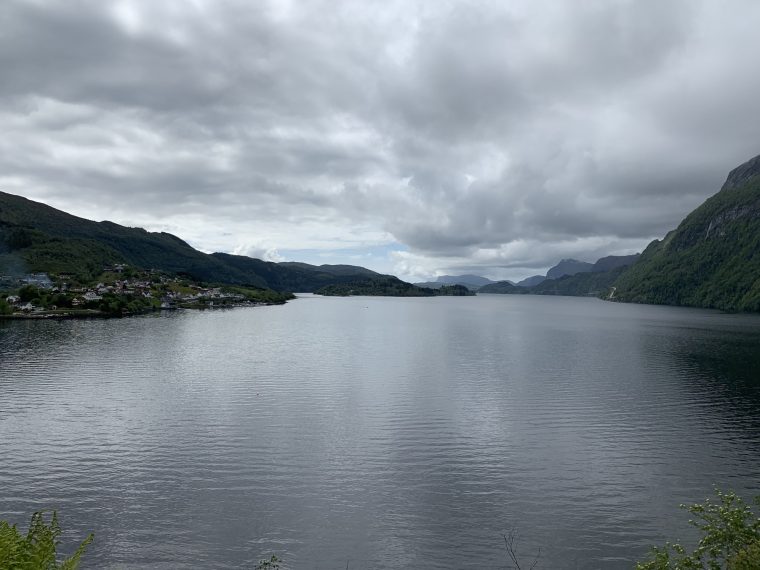 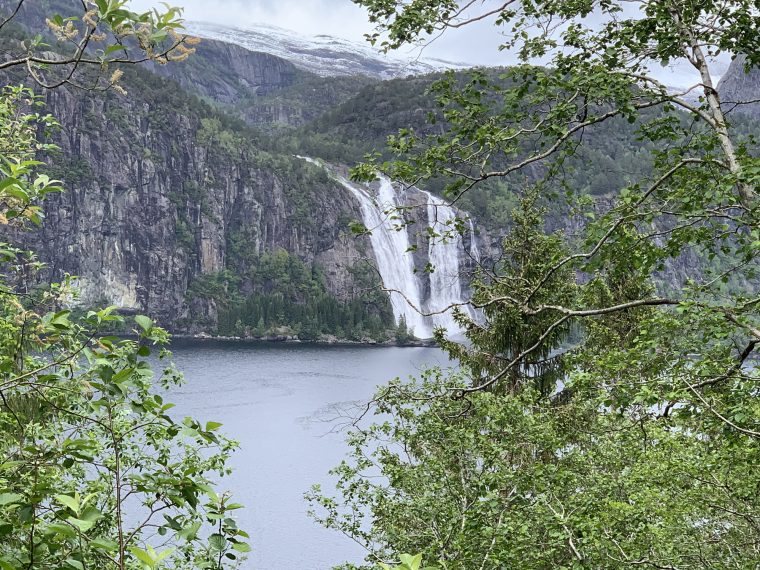 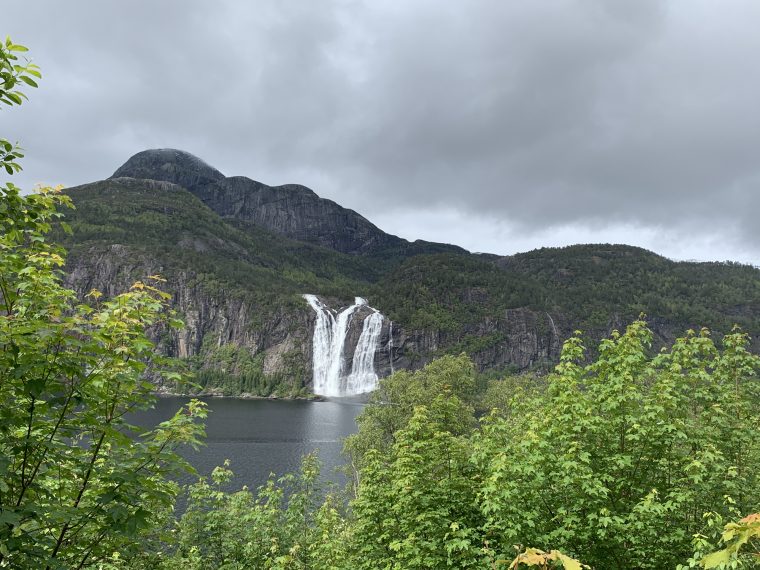 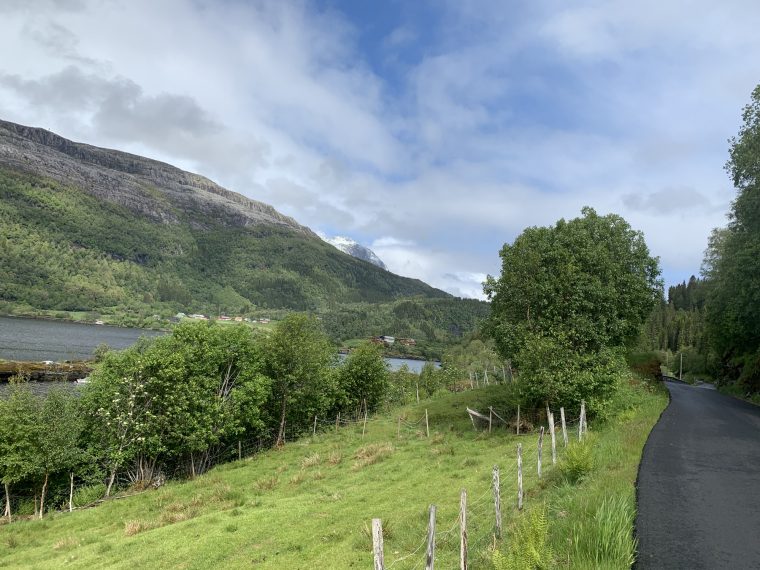 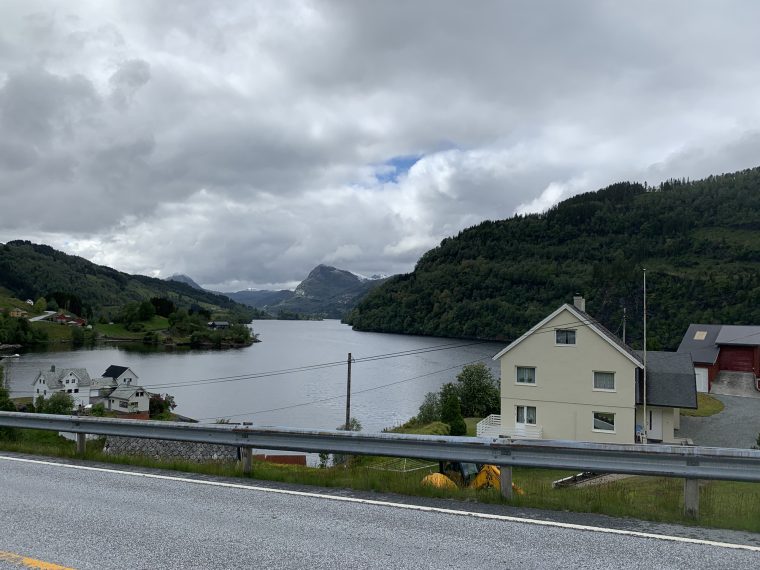 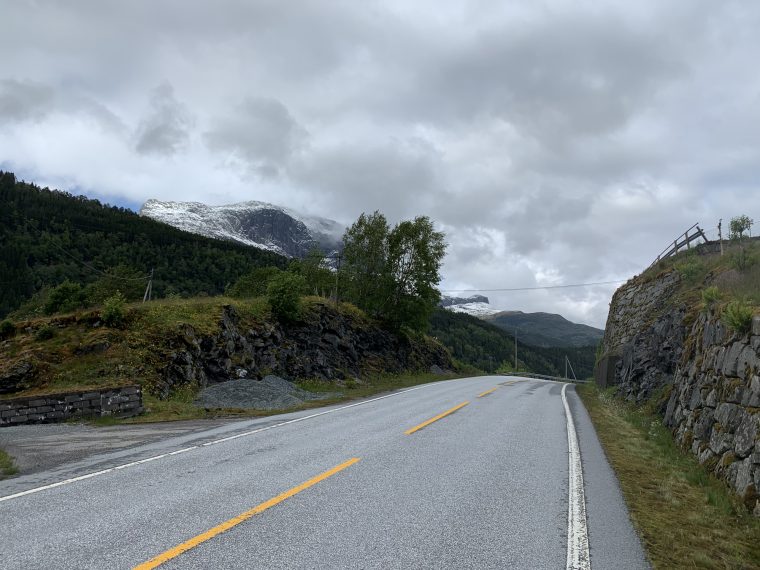 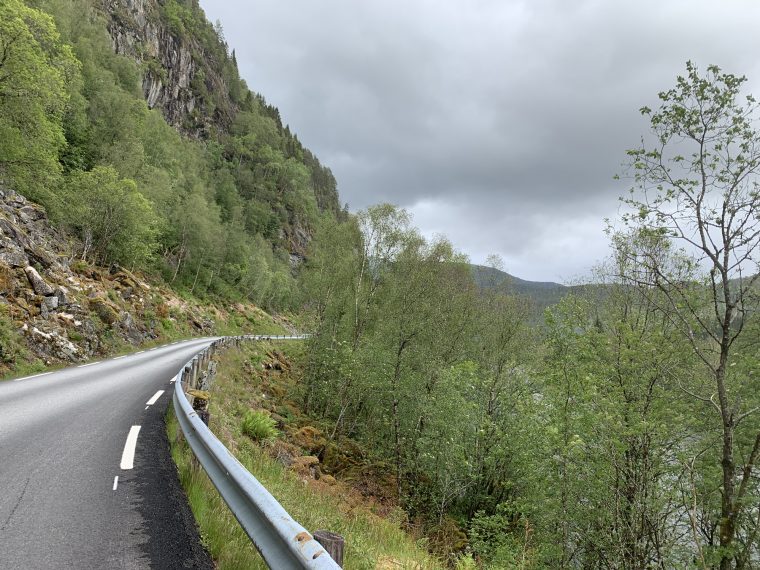 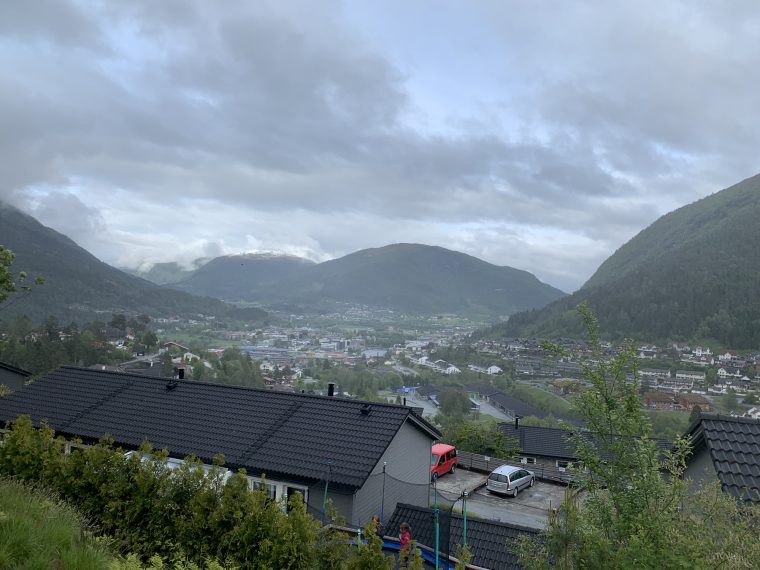 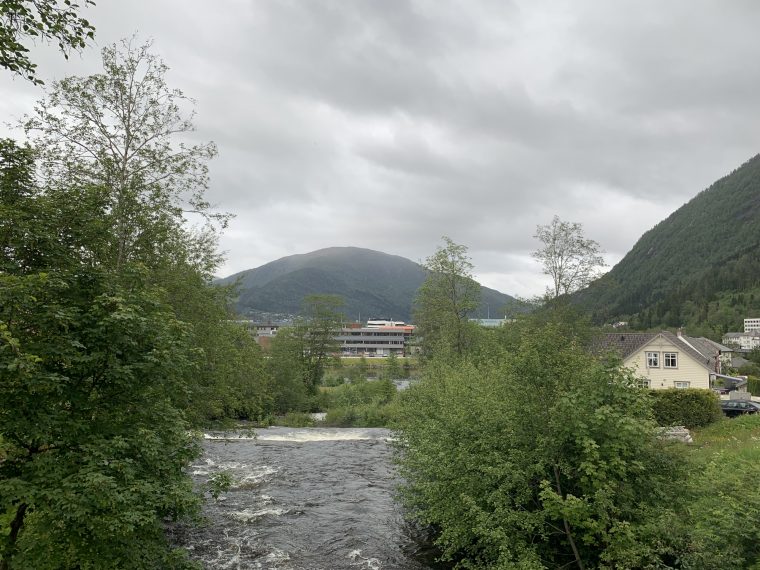 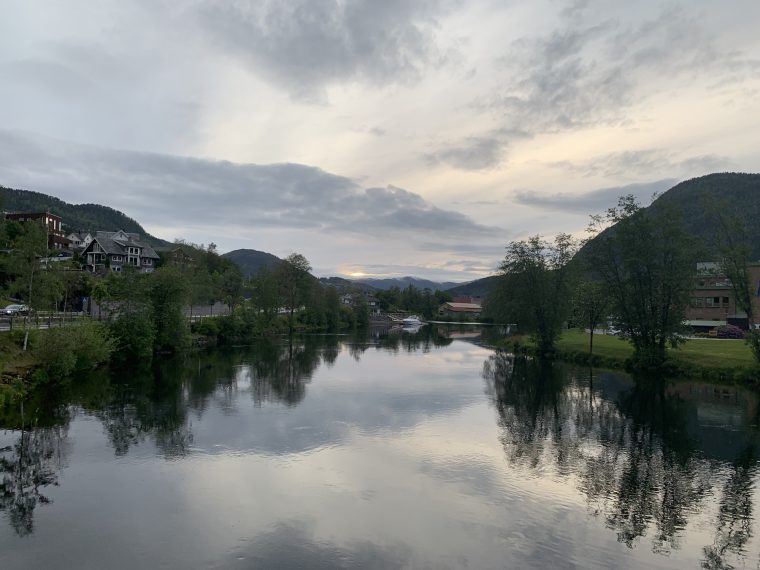