Day 29 At 9am I was ready to leave the lodge with perfect cycling weather despite a fresh wind blowing from the North with 24 to 35 km/h. Heading northward I passed the Kåkern Bridge (Kåkernbrua) linking the islands of Moskenesøya and Flakstadøya and reached Ramberg around 11.15am. In the village I saw a fellow dutch cyclist I had met on the ferry and who had spent the night at a nearby camping site. We walked to the beach and had a talk. Ramberg Beach (Rambergstranda) is one of the most beautiful beaches in the Lofoten Islands: a crescent of white sands washed by crystal clear turquoise water.

After having said goodbye, I continued my trip on the E10. About one hour later, I arrived at the entrance of the Nappstraum Tunnel (Nappstraumtunnelen), a 1,776 m long and up to 63 m deep undersea road tunnel connecting the islands of Flakstadøya and Vestvågøya. I moved to the left side of the road and entered the tunnel on a narrow sidewalk. Because of the steep descent, I had to concentrate to avoid touching the sidewall of the tunnel with the left panniers or sliding off the raised sidewalk, oncoming traffic passing very close. I reached the bottom of the tunnel and had to push my bike in the ascent. I eventually came out of the tunnel, breathing the fresh air with relief. A somehow scary experience.

Around 5pm I stopped at a camping site at the bottom of Rolvsfjorden near Valberg and booked a cabin for the night. 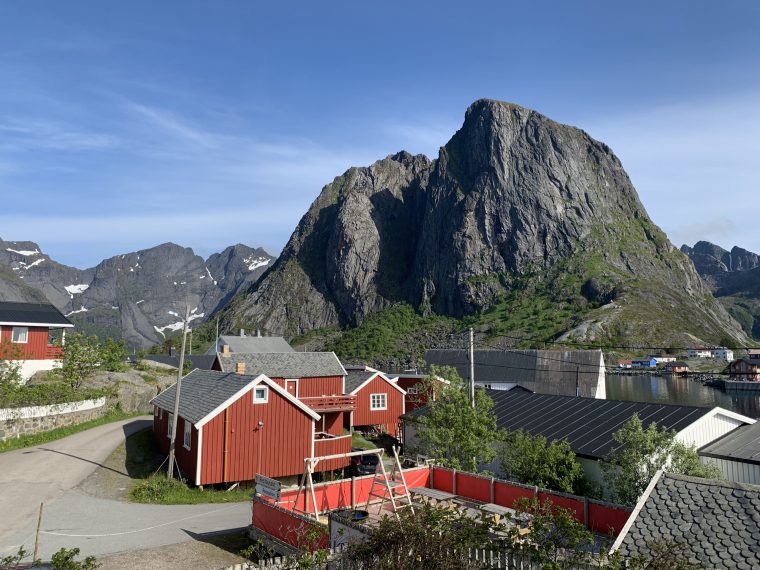 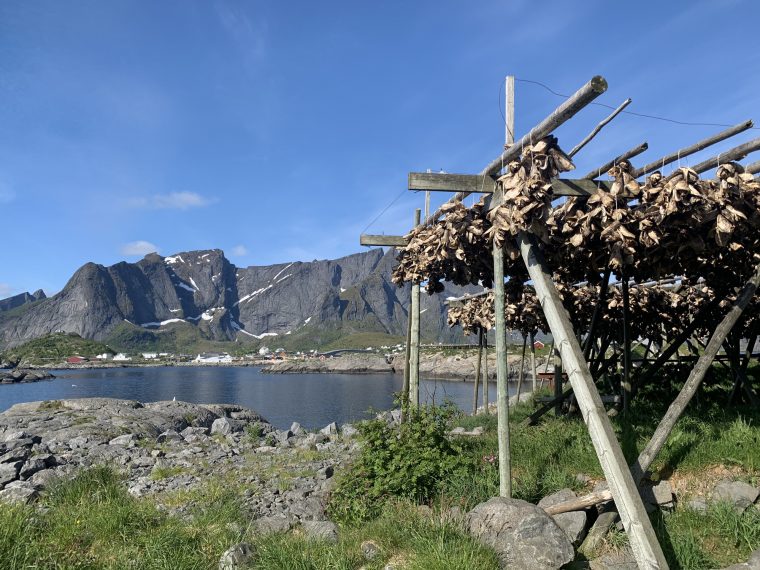 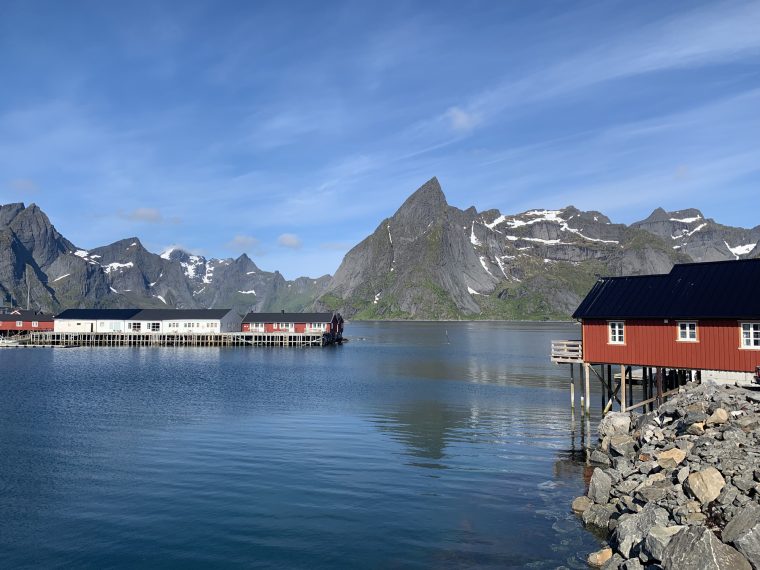 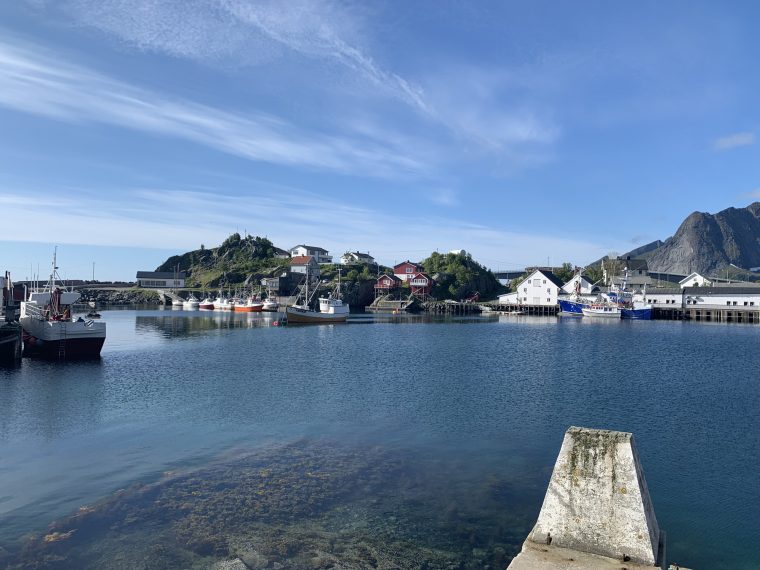 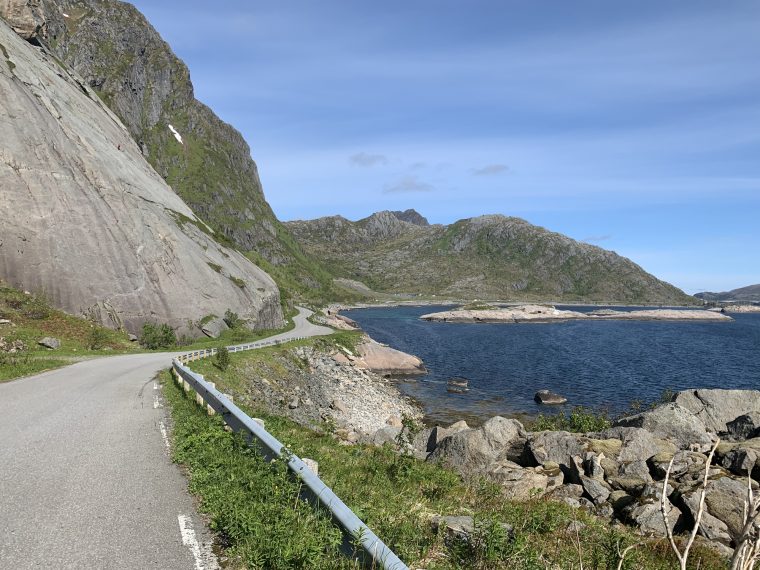 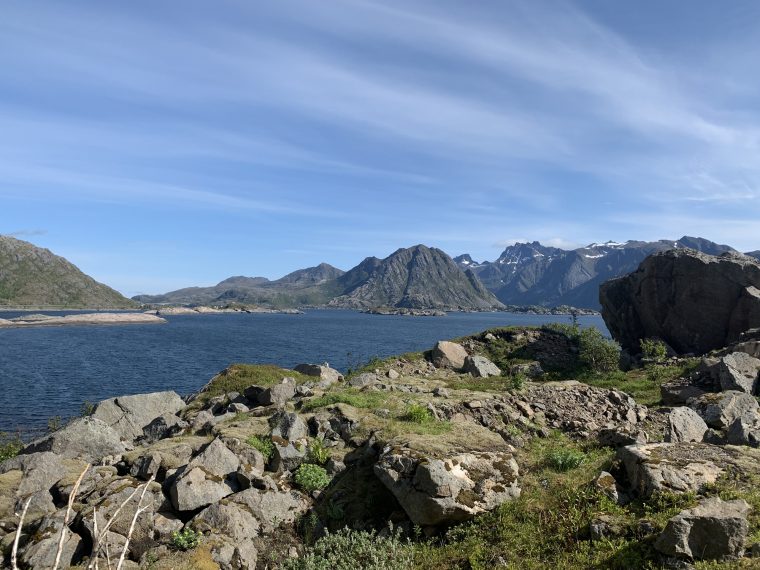 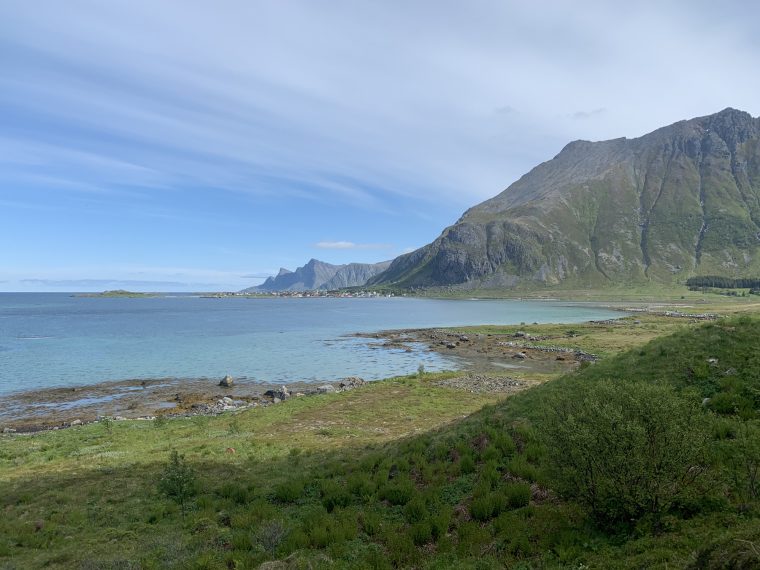 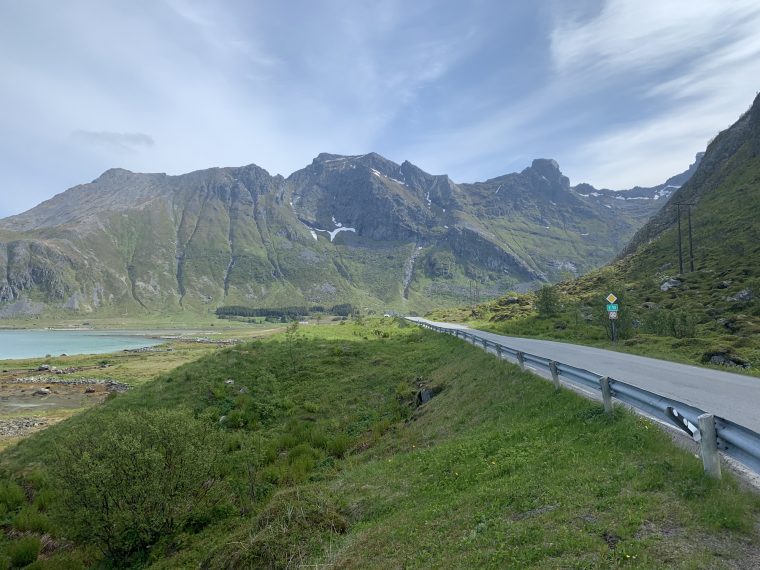 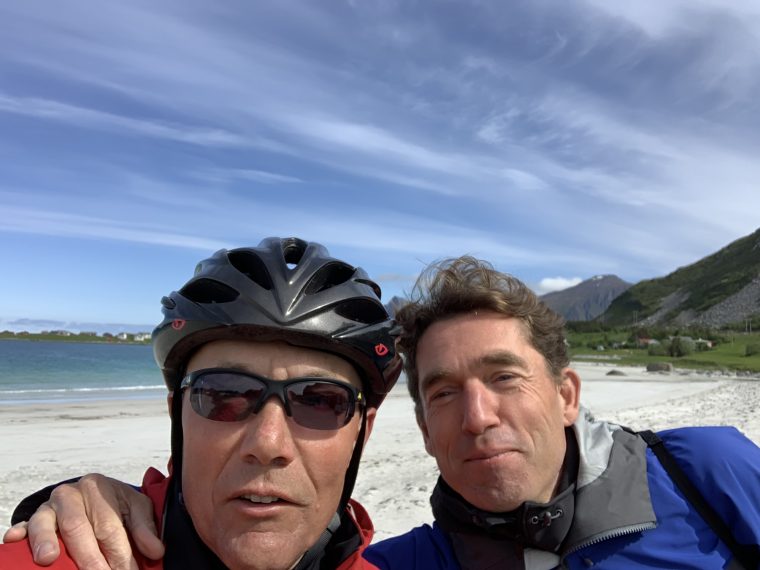 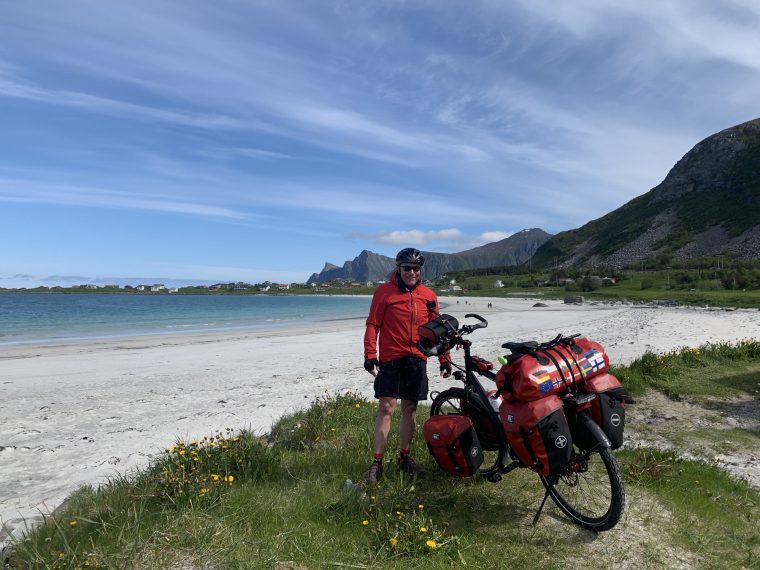 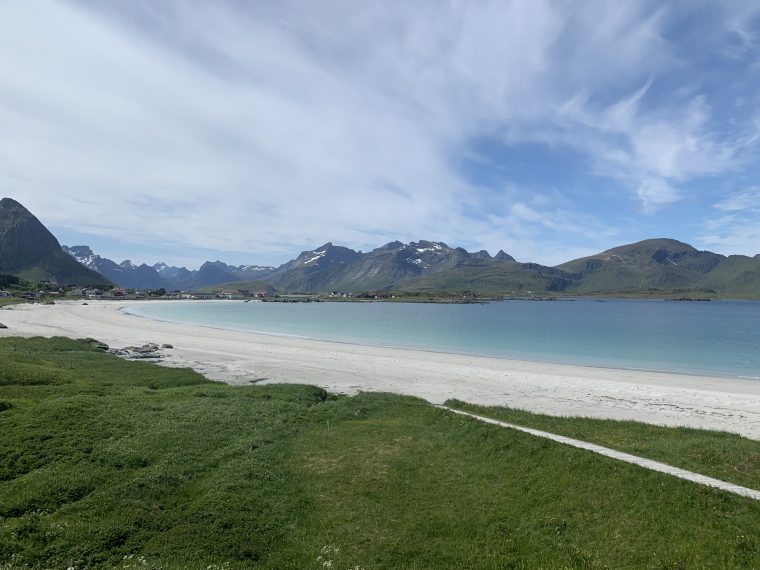 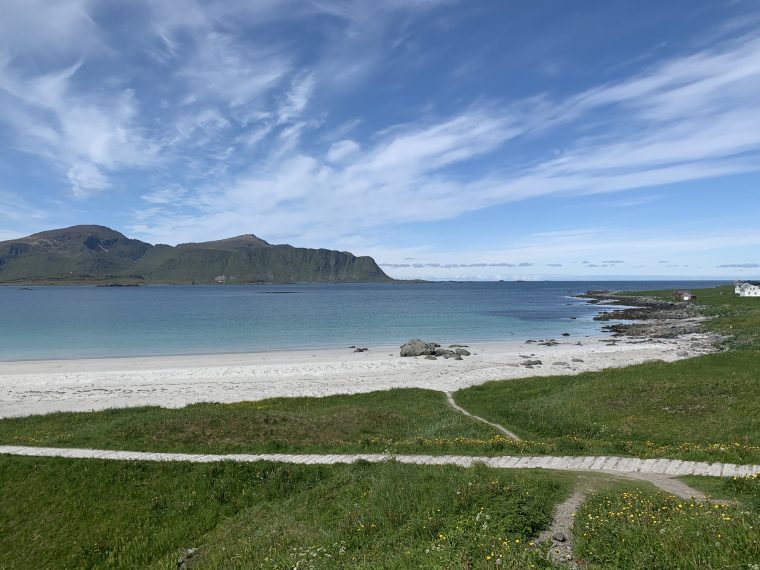 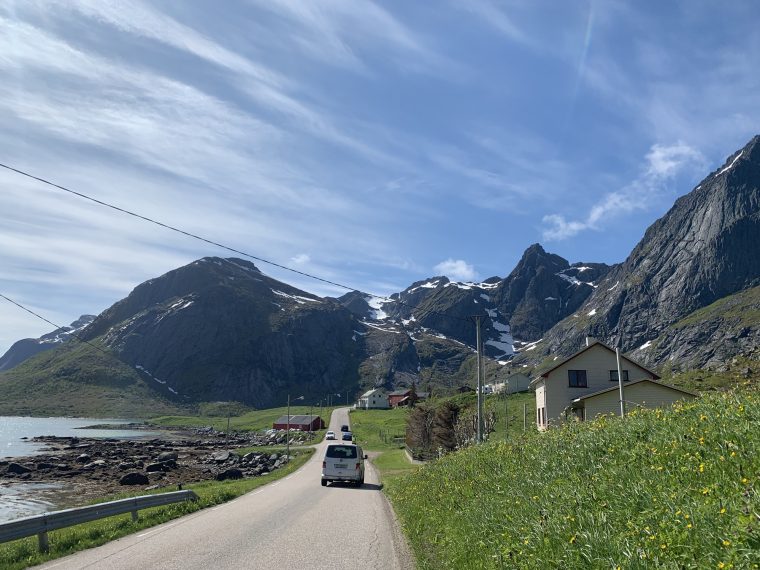 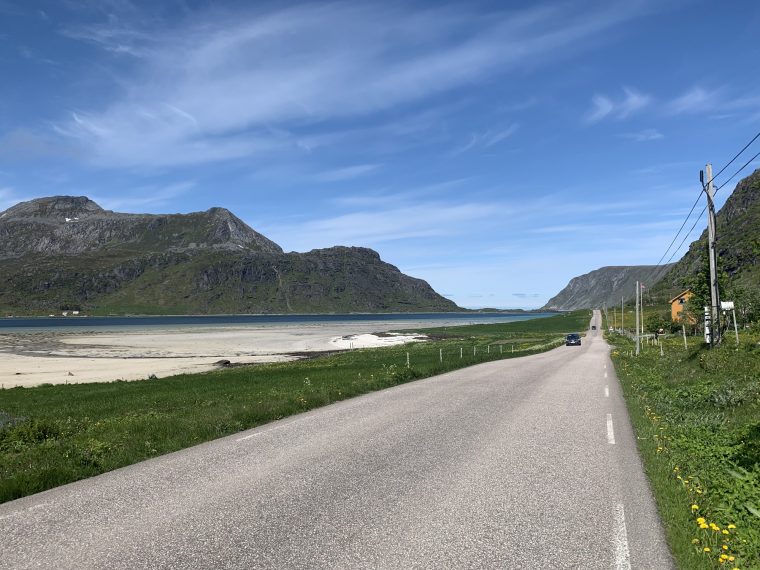 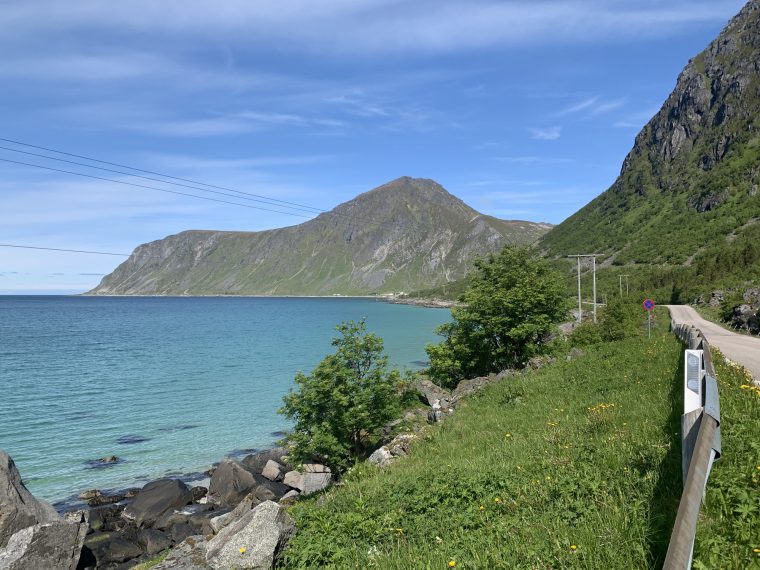 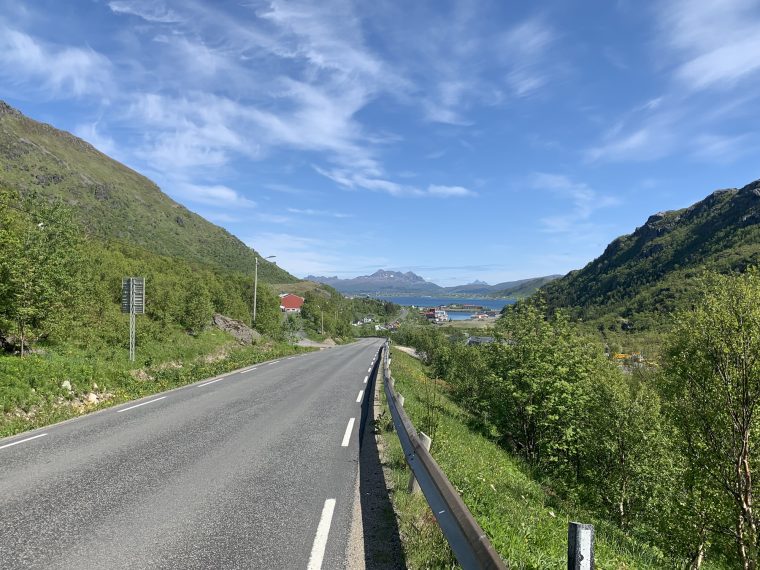 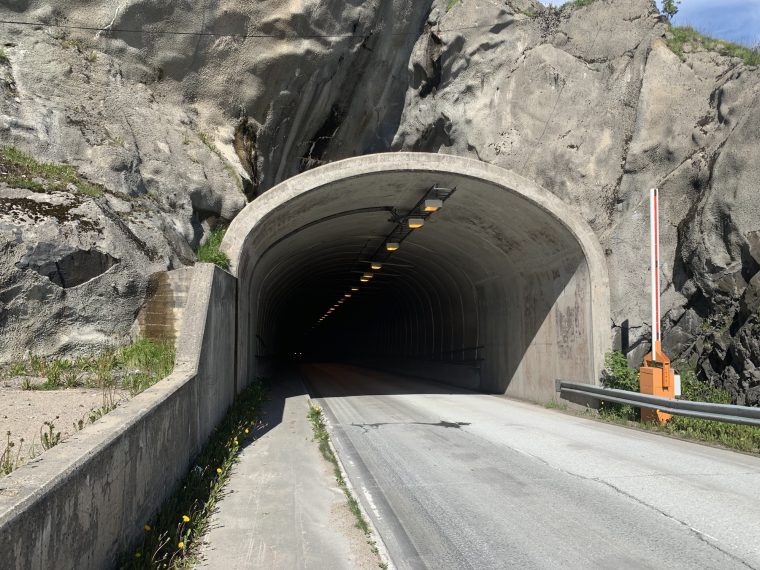 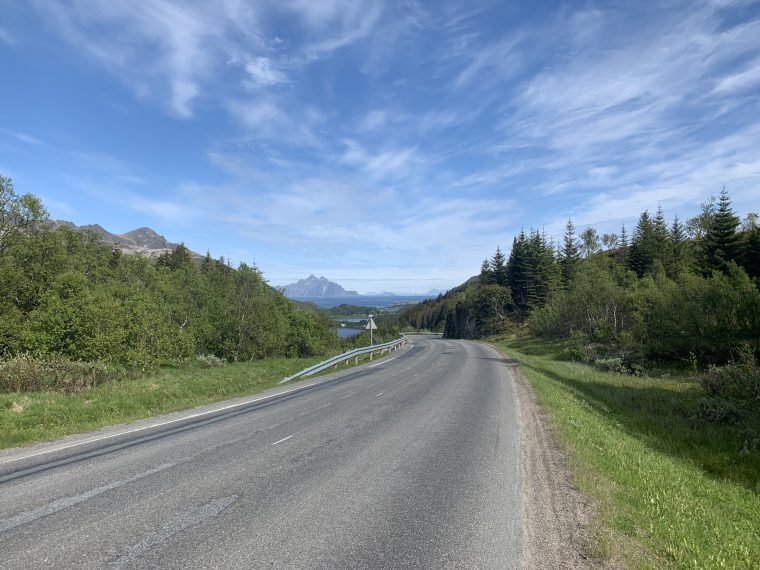 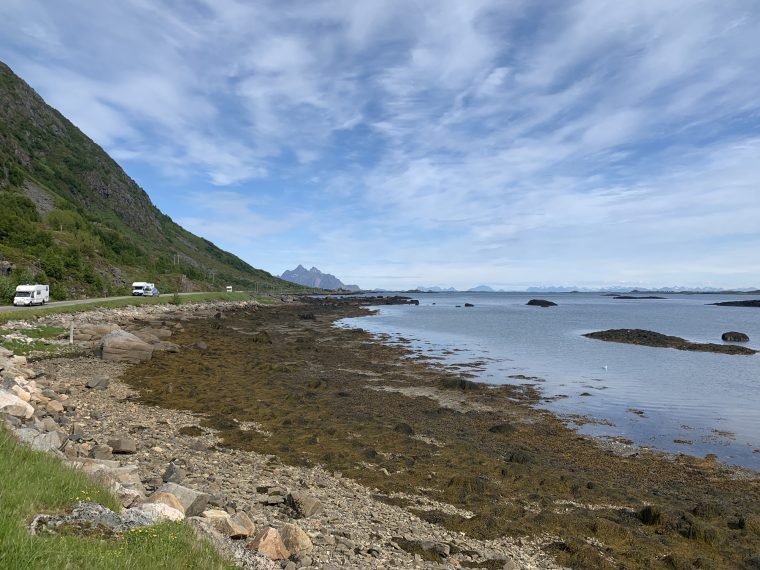