Day 32 Another day of island hopping.

I left the camping site around 7.45am, enjoyed a fast descent down to the sea and climbed over the Sortland Bridge (Sortlandsbru, 948 m) connecting Langøya to Hinnøya. I followed road 82 northward and reached the Andøy Bridge (Andøybrua), connecting Hinnøya to Andøya across the 750 m wide Risøysundet strait around noon.

I moved onto Andøya, the northernmost island in the Vesterålen archipelago. The headwind had now freshened and it intensified while moving further north. The terrain was flat and there was nothing to hide from the wind. As road 82 turned inland, I cycled side by side with a german holidaymaker on a mountainbike for a few kilometers, making me forget the wind. Sea fog began to invade the sky and as I finally arrived in Andenes, it was totally covered. I went to a supermarket to buy food for dinner, then cycled back to the intersection at the village entrance and followed road 7702 along the western coast to a camping site in Bleik. While I was preparing my dinner, the wind blew the see fog away and the sun shone again. After dinner I enjoyed the sunshine sitting in front of my cabin until the sea fog came again and temperature dropped.
🚴🏼‍♂️⁠⠀⁠ 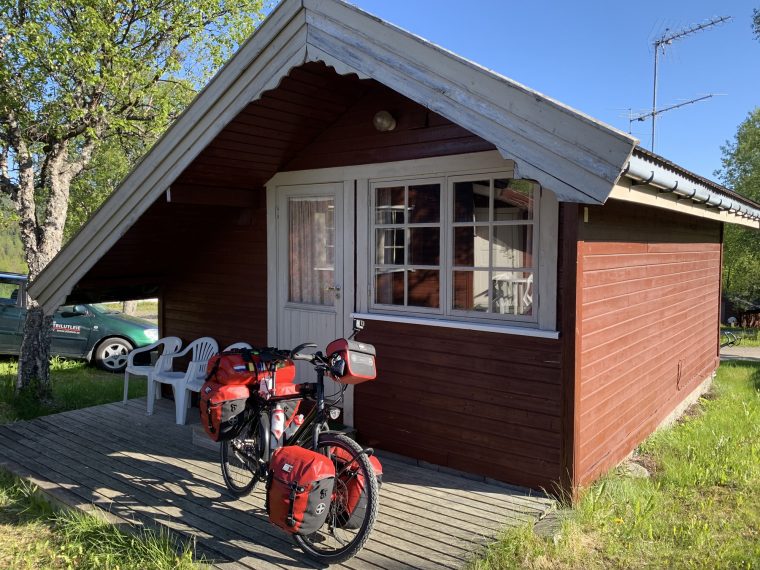 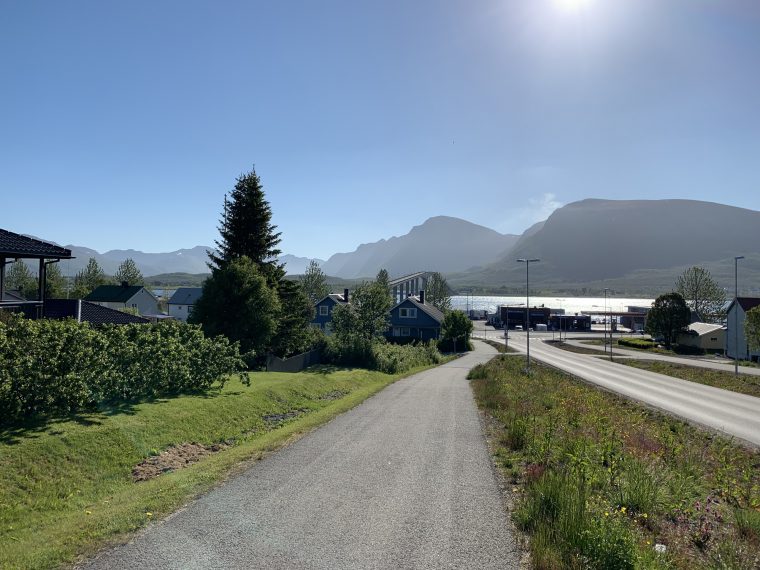 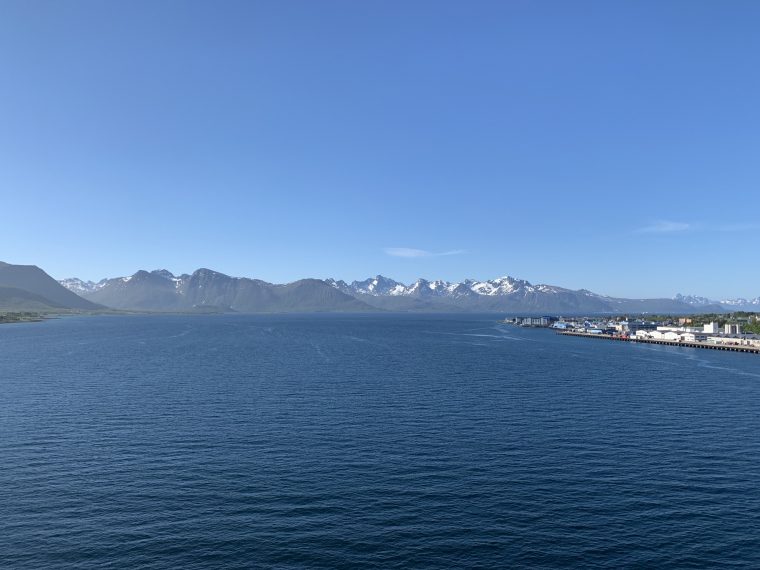 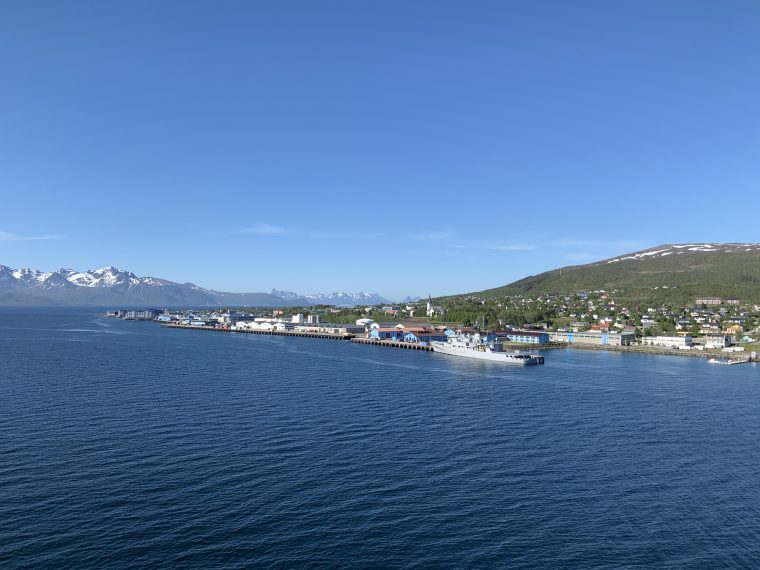 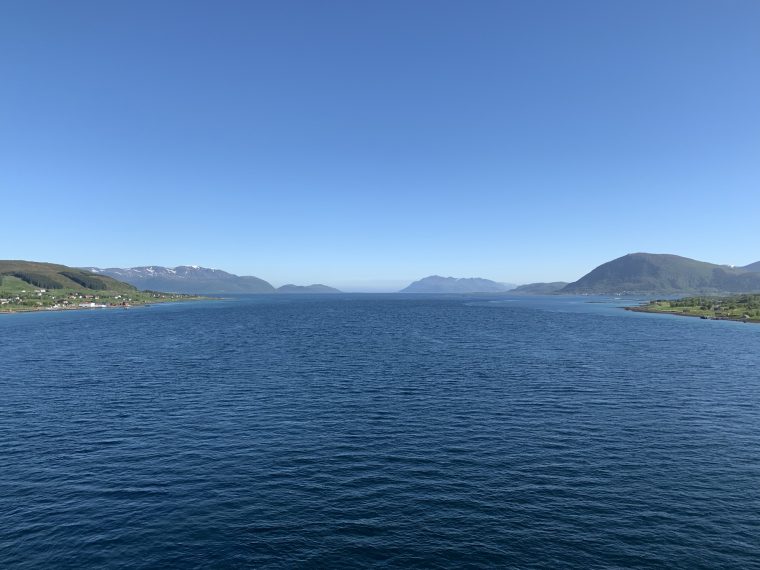 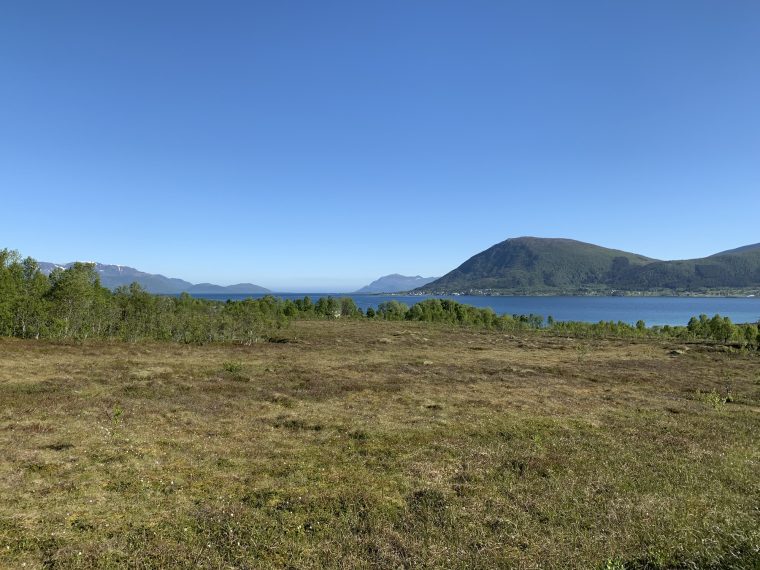 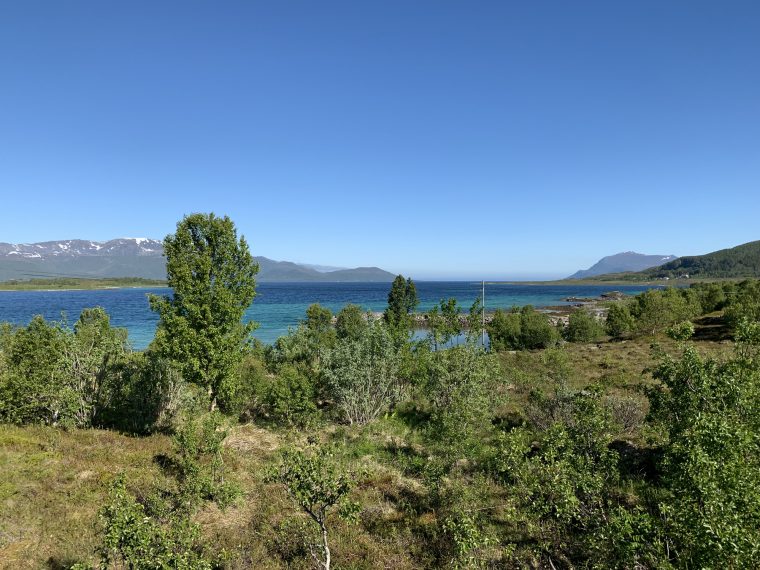 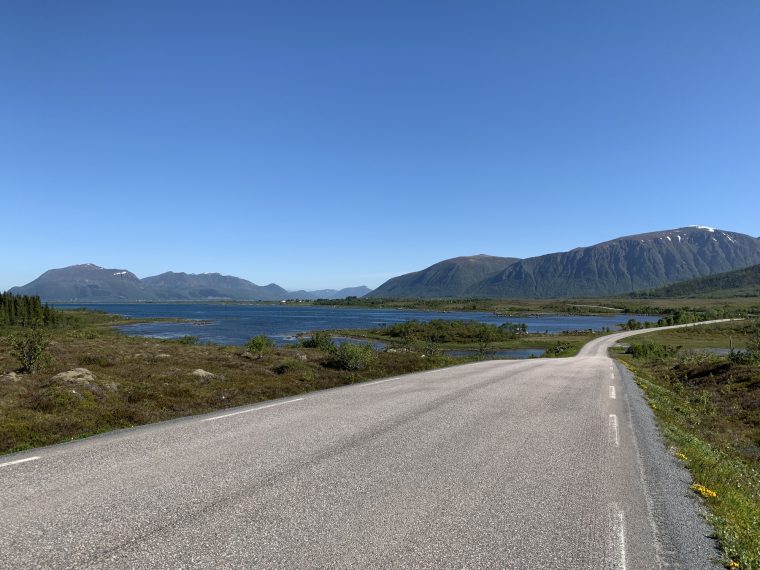 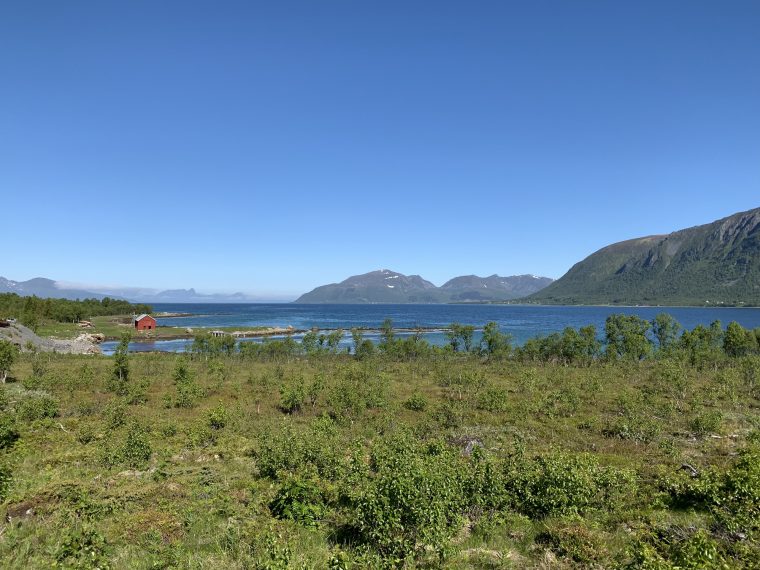 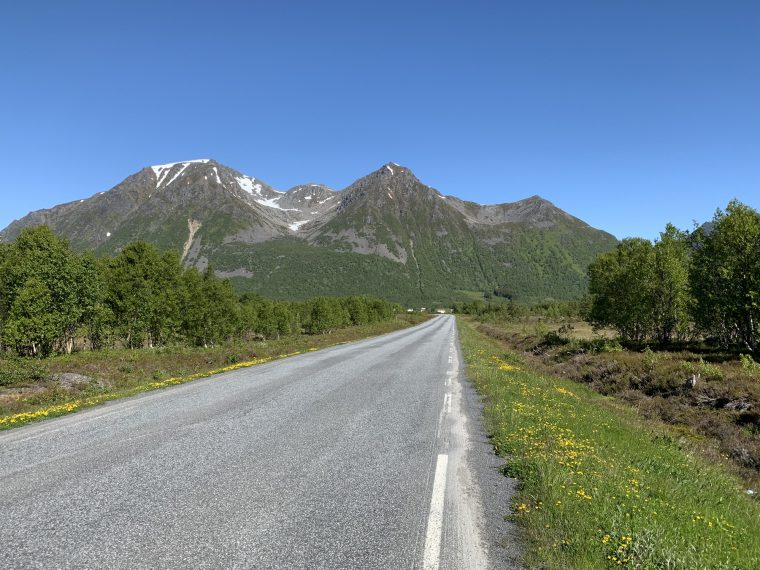 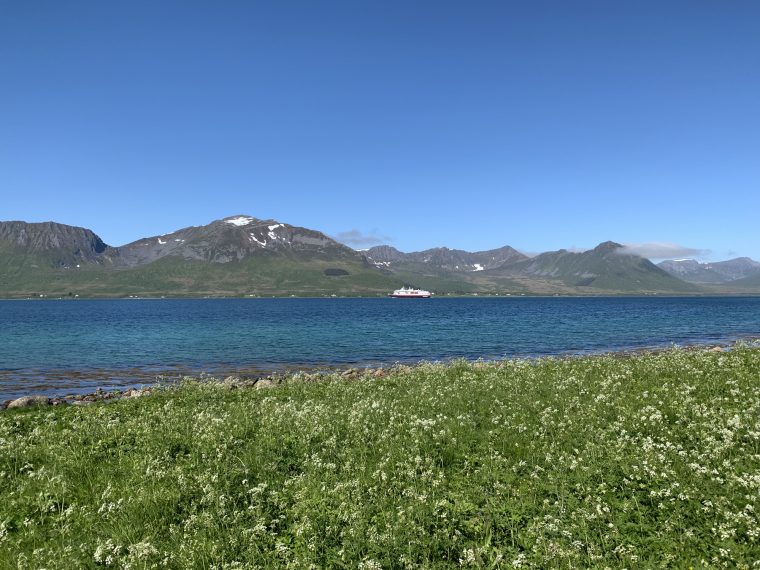 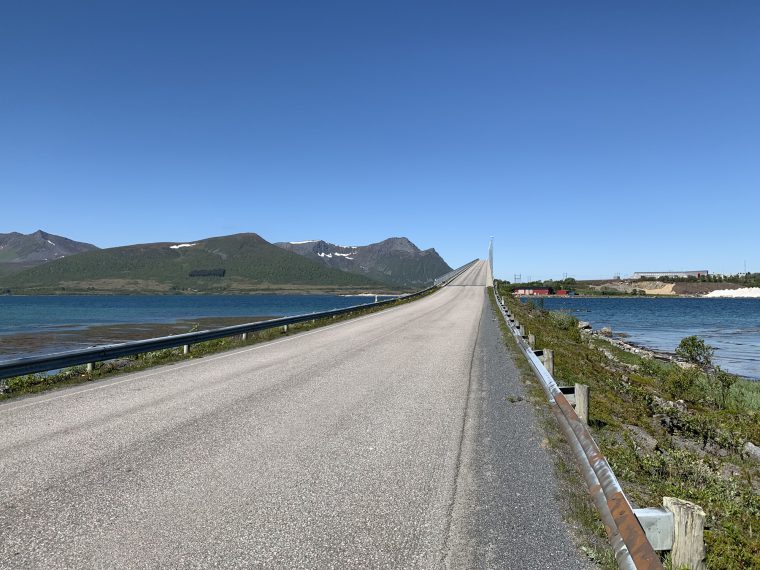 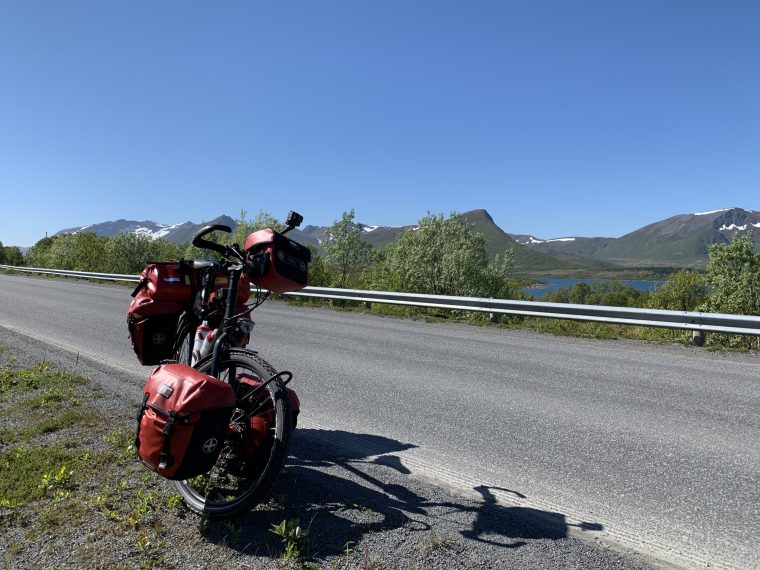 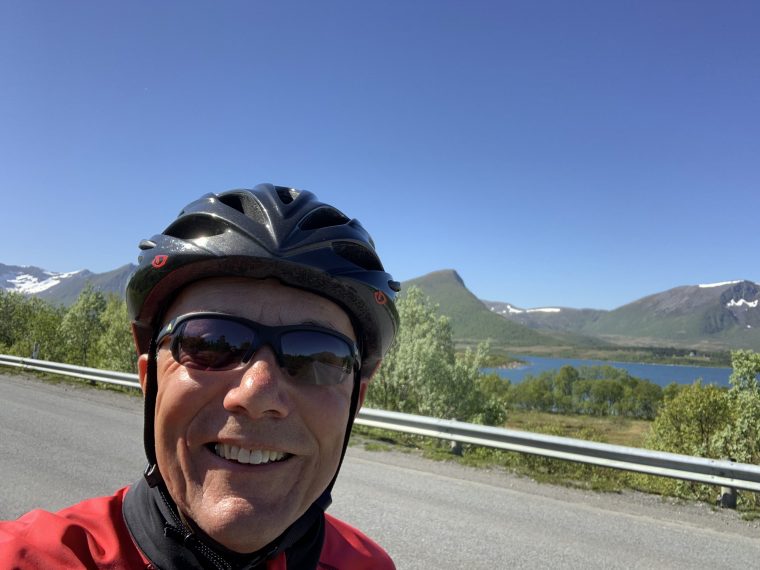 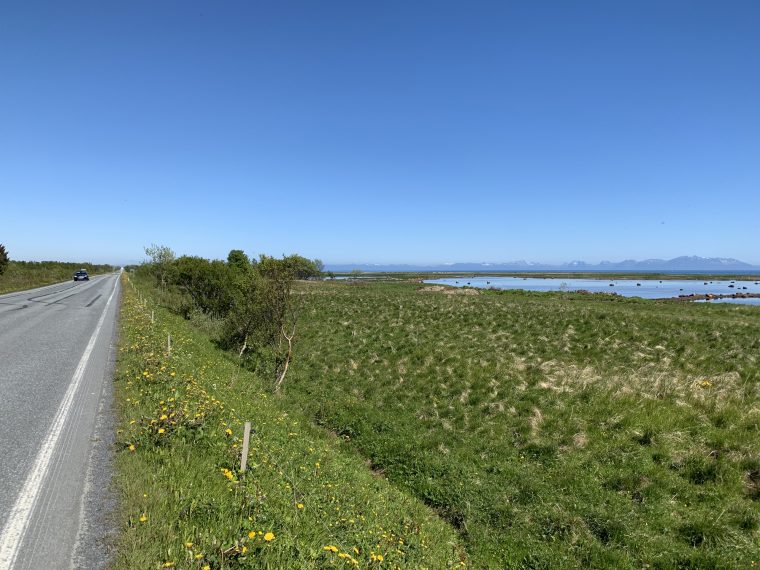 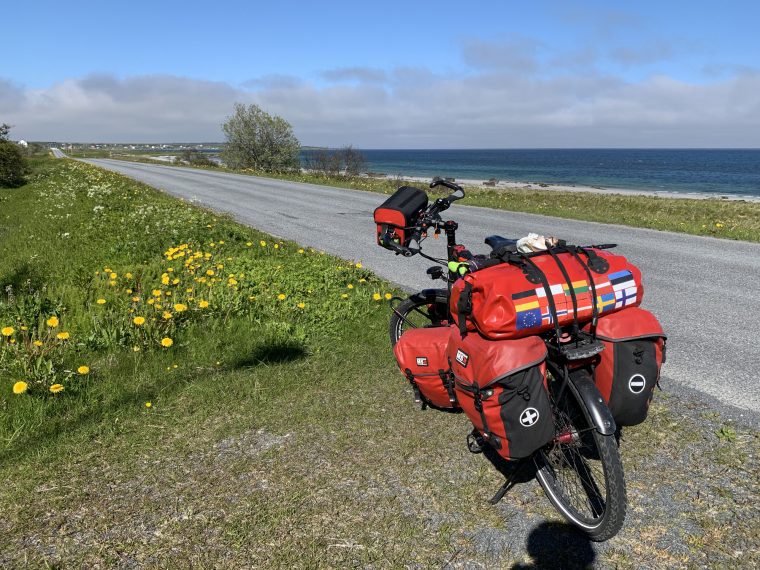 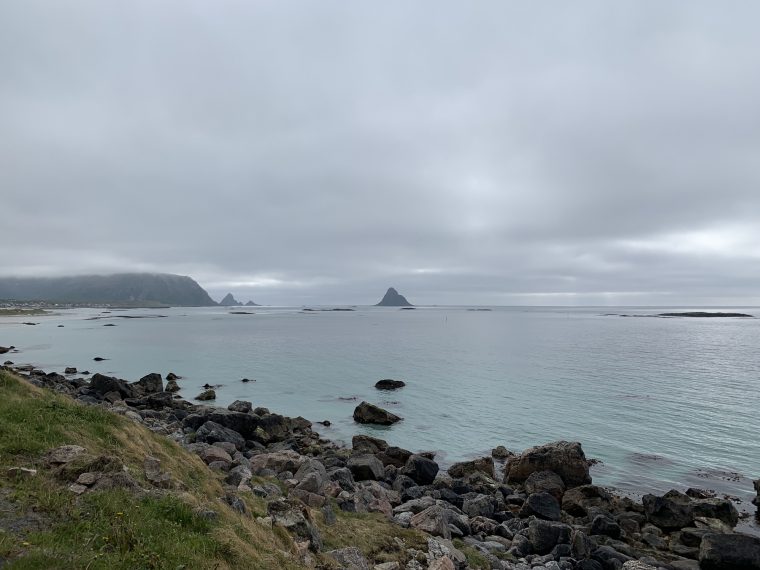 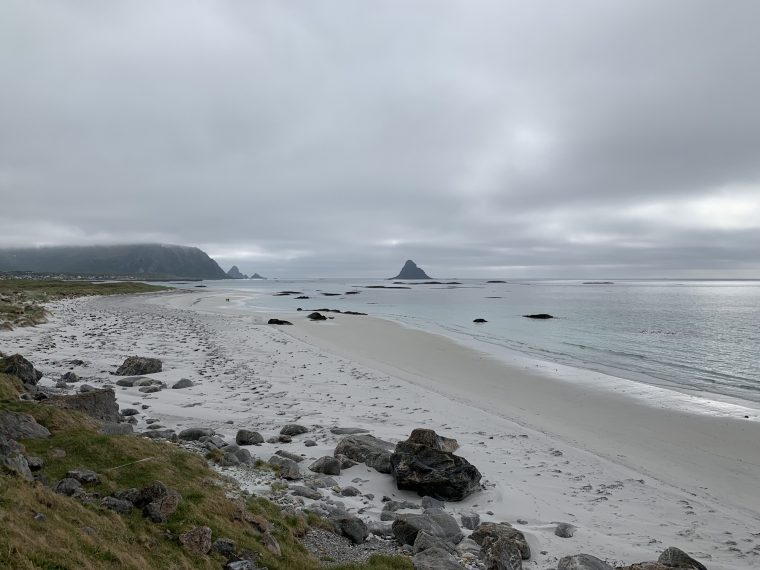