Day 12 I was quite surprised as I woke up and looked out of the window: It was snowing! I put my rain jacket and my rain spats on and cycled downtown Gdańsk, then out of the city to the island Wyspa Sobieszewska. The snow was already turning into rain. But as I arrived at the ferry between Świbno and Mikoszewo, the ferryman was not interested it taking me and two still waiting cars to the other side of the river Wisła. So I had to follow the road along the river southwards to Cedry Male and later to take the S7 road eastwards to cross the river Wisła near Kiezmark. But thanks to EU funding road S7 was getting rebuilt, the traffic was dense and there was no hard shoulder to cycle along. I had to share the main lane with the many trucks and cars, which requested a bit more concentration than before and I felt more and more wet and muddy. After the bridge, I was happy to leave the S7, even if it was still raining. I felt cold and wet and decided to put the raincape above the rain jacket. It was 4pm as I reached Elbląg. The rain had stopped, but it was getting colder and snow laid on the side of the road. Thirty minutes before reaching Frombork a travel coach from Nienburg/Germany overtook me and I thought: strange fate, you have been cycling more thank 1,000 km to meet a tourist group from your neighbourhood. At 8pm as I finally arrived in Frombork. I stopped at the cathedral to take a picture and went to the guesthouse. As a welcome the host assured me that the weather would get better on the next day. I further got the opportinity to clean my bike and the panniers/bags from the mud of the journey. The warm shower thawed out my frozen body and I went to the dining room to get some food. The travel group felt at home and was very loud. But after a while they went to bed and I was able to finish my dinner peacefully.

Further information about Frombork on Wikipedia 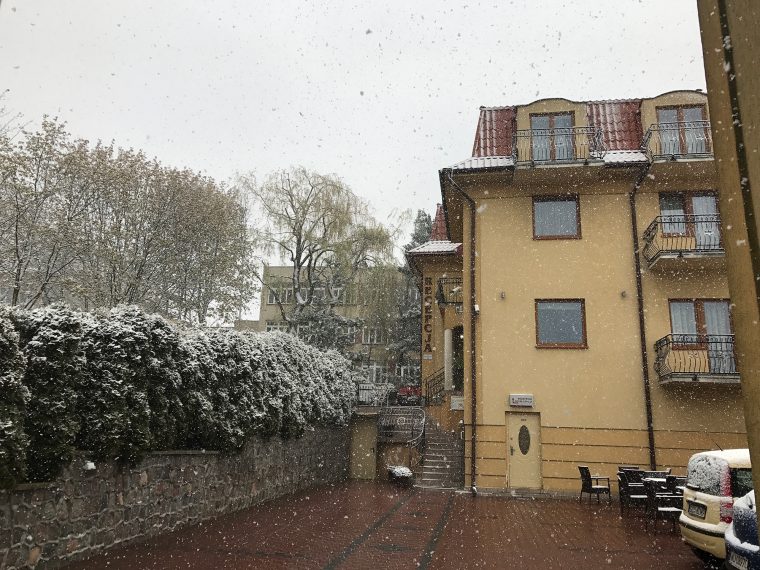 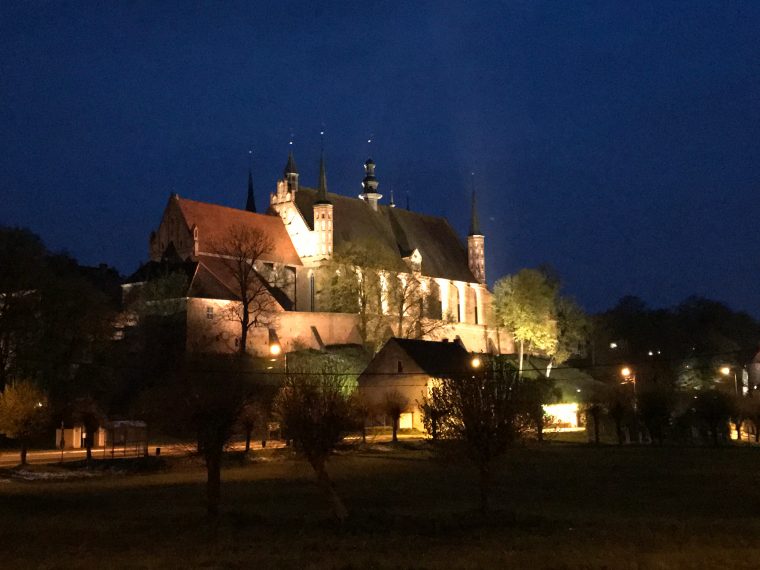