Day 26 It had stopped raining, but the it was still very cloudy. I left my hotel at 8.30am, had to cycle-surf between cars, trucks, busses, pedestrians and other cyclists, avoiding a few deep rain puddles and had left the city behind me after 10 km / 45 min.
Ich reached the Baltic Sea again near Saulkrasti, the sun was shining again and allowed me a break under the pine trees at the seeside and later kept heading north.
In the afternoon I met Barbara from the UK on the A1, who started her actual cycle tour in Greece and is heading to the Northcap. The hard shoulder was wide enough to let us cycle side by side, allowing us to have a long chat while pedaling. After the village of Jelgavkrasti we left the A1 and took a secondary road to the coast, which became after a while a difficult to cycle sandy road. Following we had to push our bikes and were at least happy, as we were back on the A1.
She later took another side road to a camping site at the coast and I continued my journey to Ainaži where I arrived at 7pm. At the guesthouse I took a shower and had a delicious dinner. After sunset I walked to the beach, where I discovered an observation tower I climbed up to take a few pictures.

Further information about Ainaži on Wikipedia 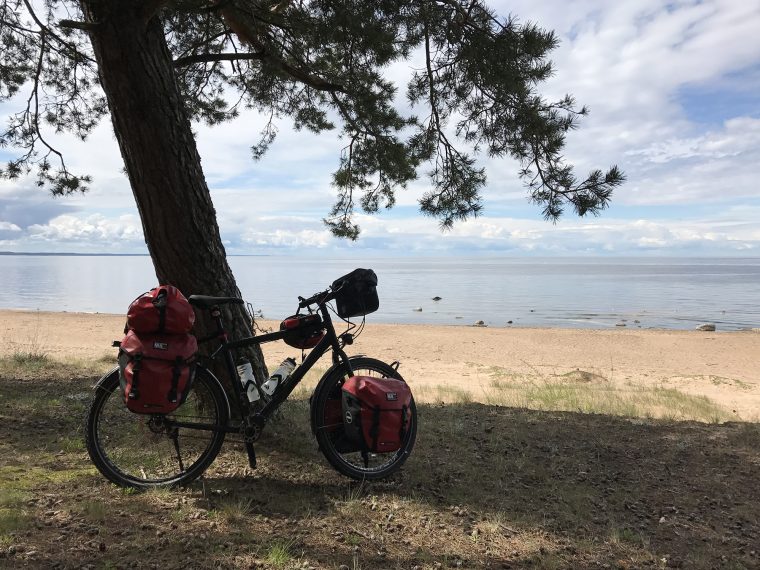 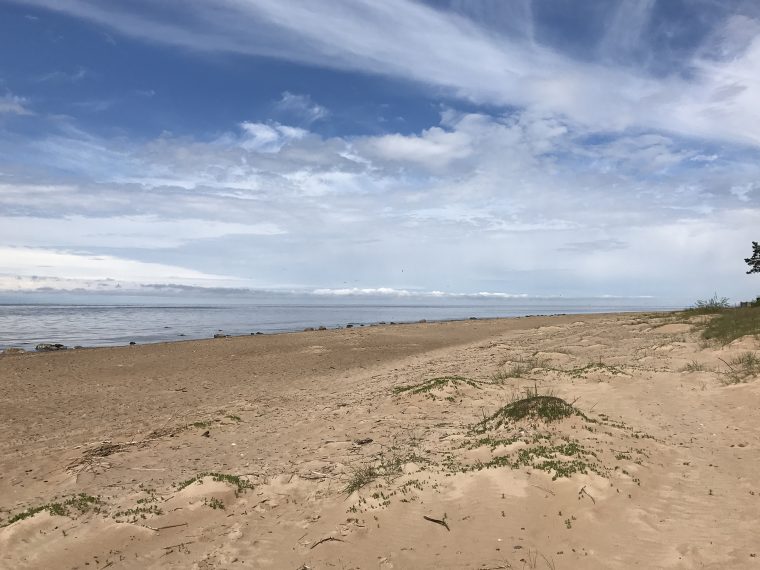 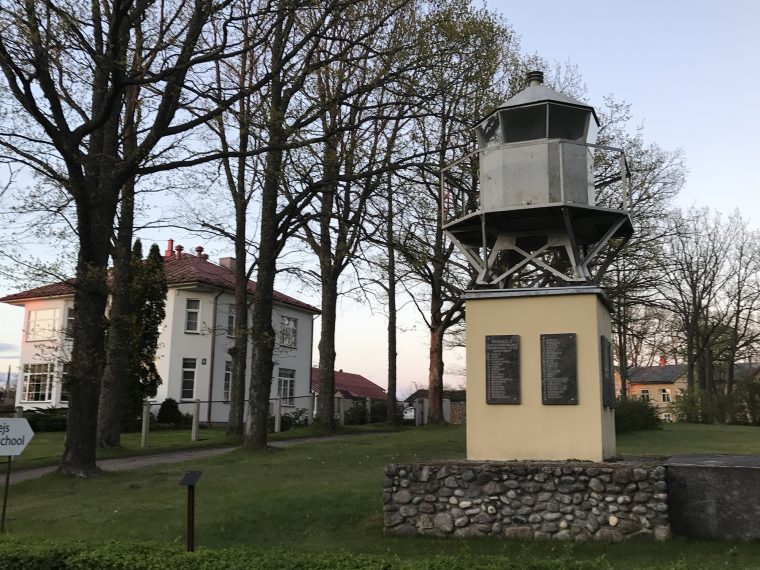 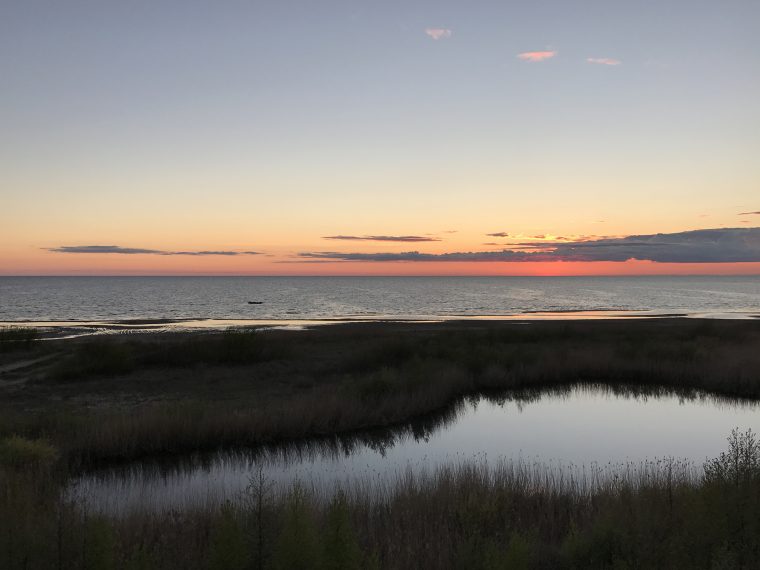 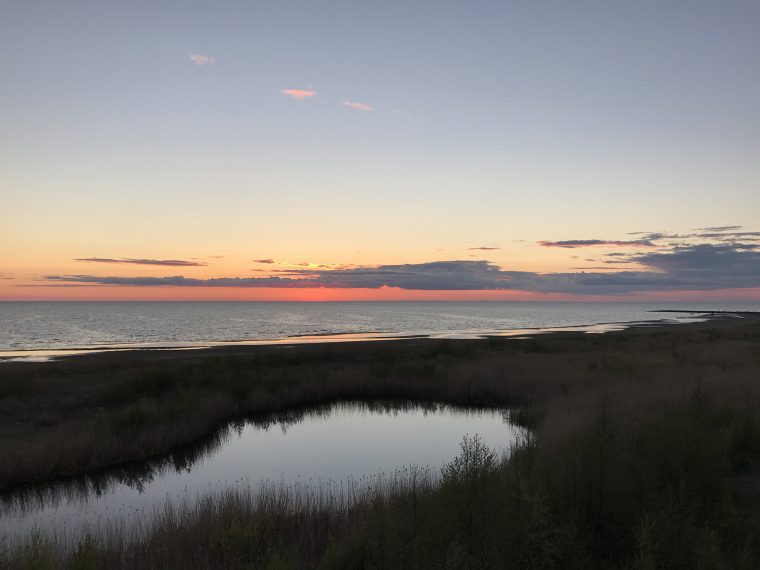 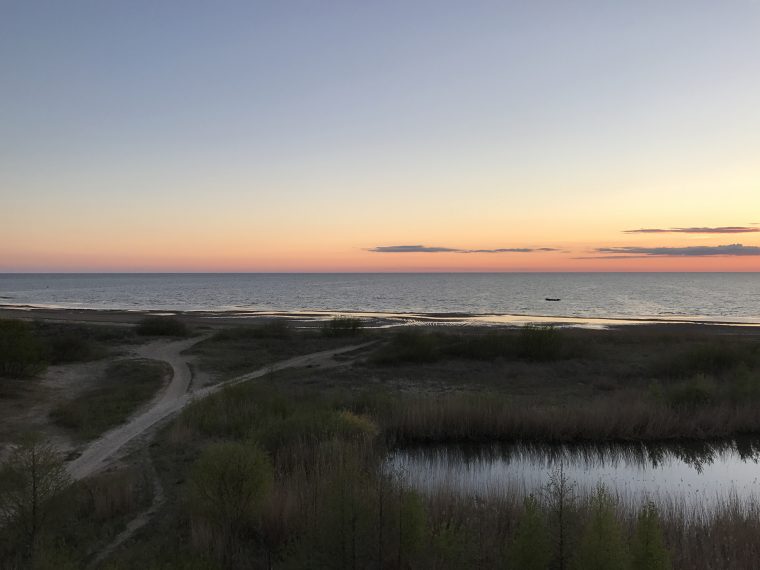 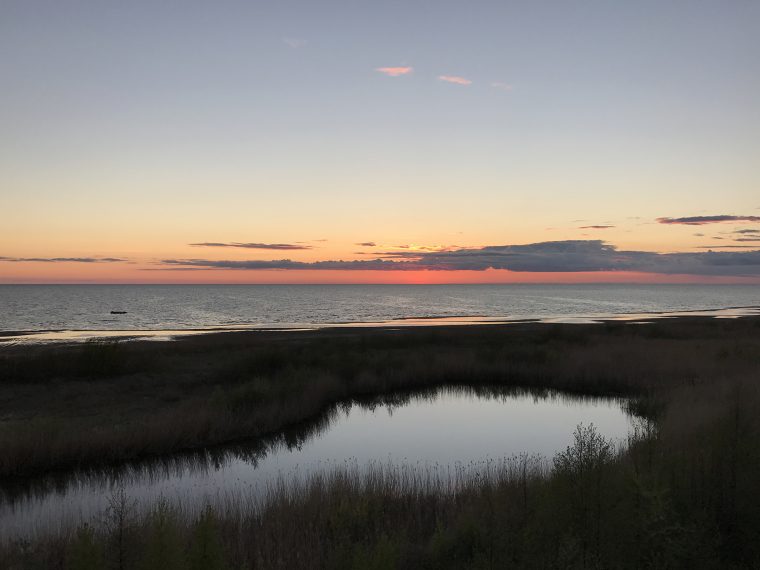