Day 35 I woke up around 8am. Sofia and Laura had still left. The wind was blowing with 30 km/h from NNW and the temperature outside was 6°C. I prepared a trekking breakfast (porridge and tea) and took my bike for a short sightseingtour. Porvoo’s medieval old town with its charming wooden houses and the cathedral troning on the top of the hill above the river was a visit worse. I stopped at a shopping centre to buy dome food, then to sn Intershop store to get winter cycling gloves and least to an ATM to get some cash. Because of the temperature outside and the unpleasant wind, I thought about extending my stop in Porvoo, but finally decided to continue my journey and was ready to start as Sofia came back home from the gym. Thank you again Sofia for your great hospitality! I hope to see you again sometime.
Then I left and after a while I had forgotten the cold and headed eastward toward Kotka. There were a few short rain showers and the wind was blowing strong from the side, affording more concentration that usual, but I finally reached Kotka at 6.15pm and stopped at a guesthouse close to the island. After having taken a hot shower to defrost my body, I walked downtown to refill my hungry body. Temperature outside was around 5°C and most of the restaurants were closed. I was finally relieved as I discovered an opened pizzeria. Despite my very basic Finnish, I was able to decipher a few well known words and ordered something like “pizza..salami” and “salad”. The staff thought I wanted to take the ordered meal away and had put it in two large cardboxes. I told them that I wanted to eat on site and opened the first cardbox which contained a huge pizza calzone. Because I like salad as a side dish, I opened the second cardbox which contained another huge pizza calzone filled with salad. After a day on the saddle accompanied by a frosty headwind it was the very best meal.

Further information about Kotka on Wikipedia 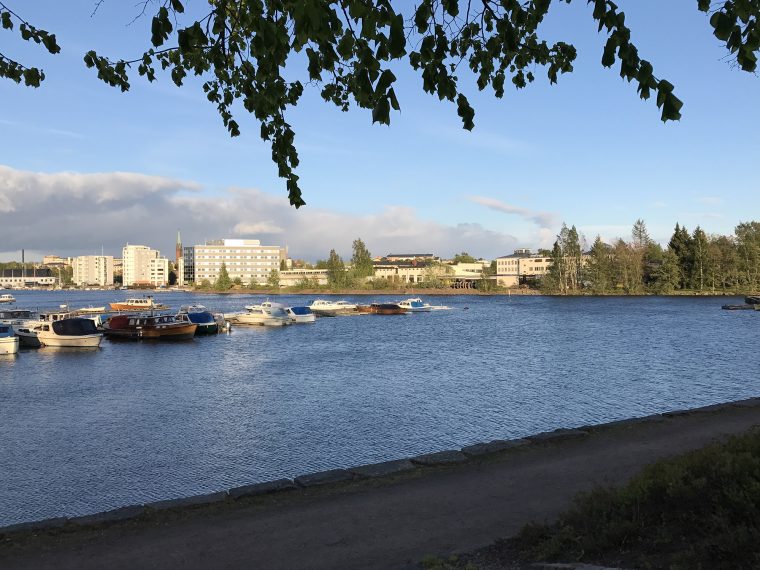