Day 96 After a copious breakfast with Heinz and Gaby, I said goodbye to Gaby around 8:30am and cycled with Heinz in the sunshine to the Kiel Canal locks in Kiel-Holtenau. From the observation deck we followed a ship manoeuvring eastward into the big lock chamber. Heinz was a great guide sharing background information about the canal and the locks with me. Later we cycled along the Kiel Fjord to the Station Bridge (Bahnhofsbrücke), where I said goodbye to Heinz and took the ferry across the Kiel Fjord to Laboe at 9:30am.
Thank you Heinz and Gaby for your great hospitality. I would be pleased to share some cycling adventure with you in the future (i.e. South America)!
On the ferry I met a friendly local who shared a lot of information with me about Kiel, the Kiel Fjord and the economic developments of the past years while the time was just flewing by. At 10:30am I left the ferry in Laboe and followed the cycle path along the beach until Schönberger Strand, where I had a short lunch break. I left the coast and cycled to Lütjenburg, where I stopped at a ice-cream shop. As I left, the sunshine had given way to a cloudy sky and I hurried up toward Neustadt in Holstein. But 20 km before Neustadt I had to stop because of low pressure in my rear tyre and quickly discovered a 1.5 cm long glass shard in the middle of the tyre. I removed it, pumped up the tyre with my compact hand pump and restarted. I had to stop another time and again pump up the rear tyre before reaching Neustadt. I cycled straight to Tobis Fahrradtechnik Fahrradverleih and asked the owner, if he could fix the puncture (faster than me). Because it was late afternoon and bike rental customers were bringing their bikes back, he replied that it would take some time. I said that I was on the way back from a Baltic Sea round tour and was heading to my next night stop in Lübeck. I freed my bike from the luggage, handed my bike over and 10 minutes later Kevin had fixed the puncture. I paid the service fee and thanked Kevin for the great service. As I reached the street along the beach it started to rain. I put on my rain jacket and the shoe rain covers and continued cycling until the rain stopped before I had reached the outskirts of the small town. On the last 30 km to Lübeck my cycle route followed secondary roads with low traffic.

I arrived in Lübeck around 7pm, closing the cycle tour around the Baltic Sea after 94 days including 73 cycling stages and 6,796 cycling kilometres.

I checked-in at my hotel in the old town and later went to Das kleine Restaurant Lübeck at bhe border of the river Trave, where I enjoyed a delicious dinner.

Further information about Lübeck on Wikipedia 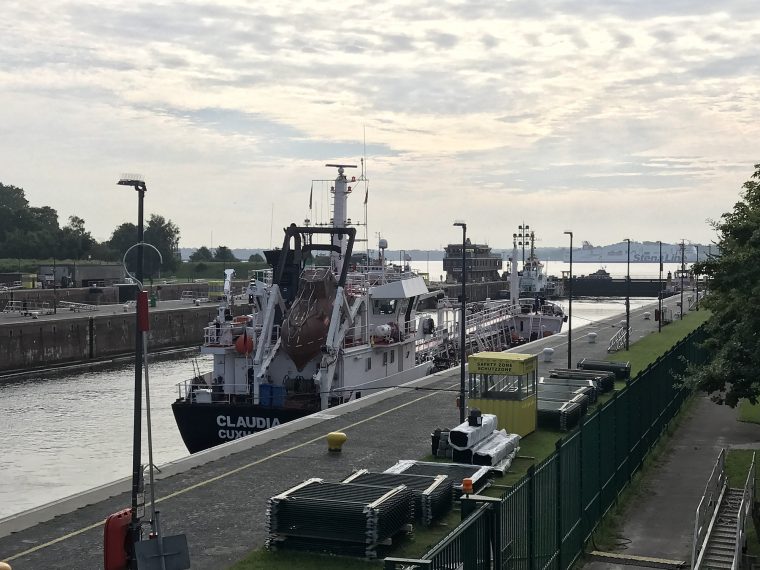 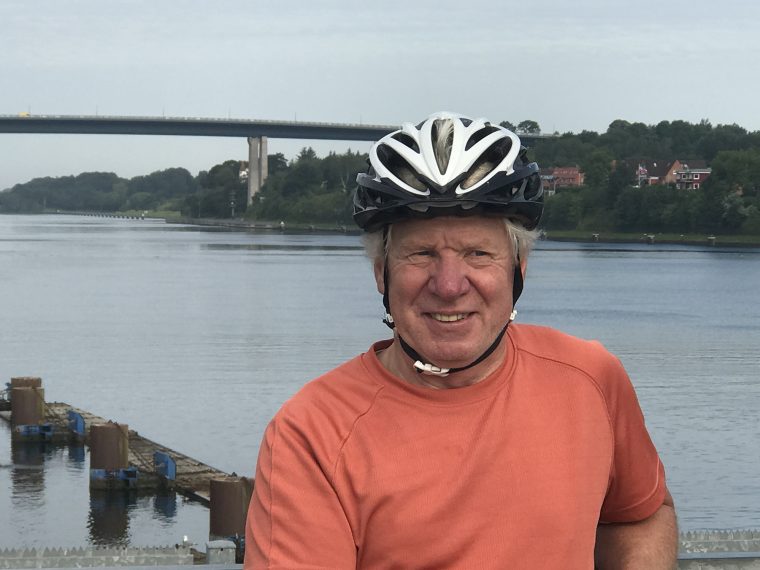 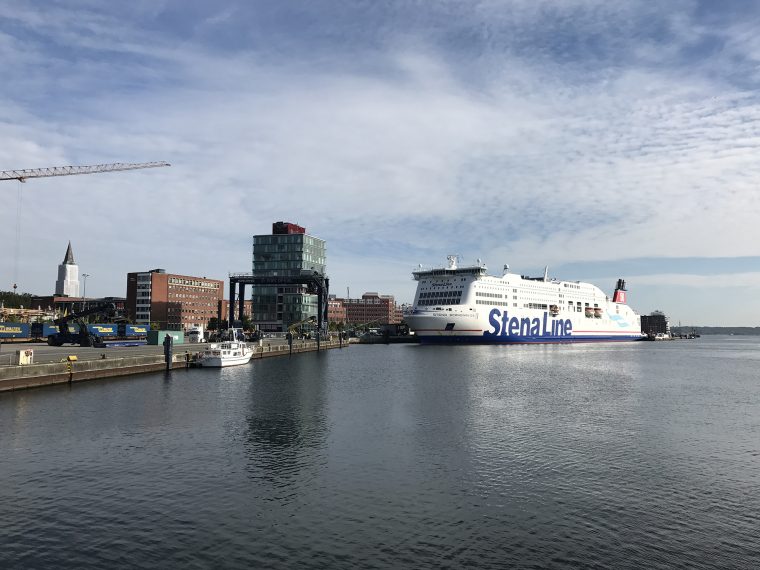 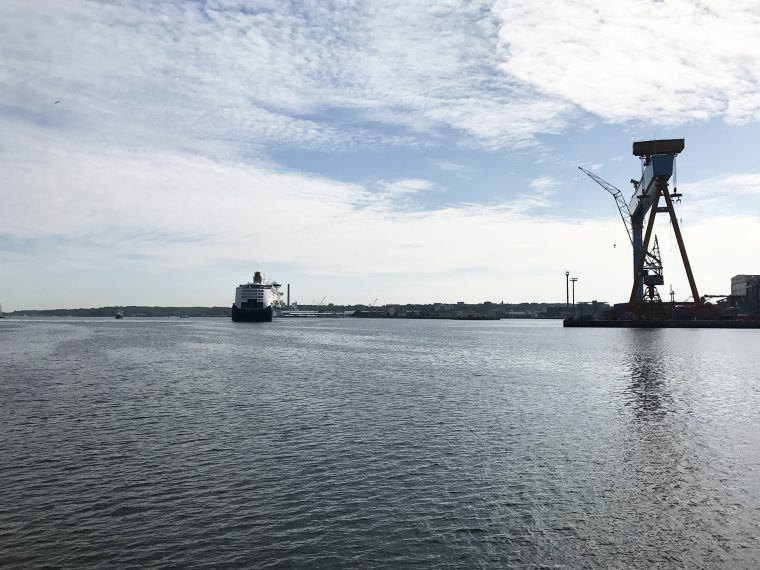 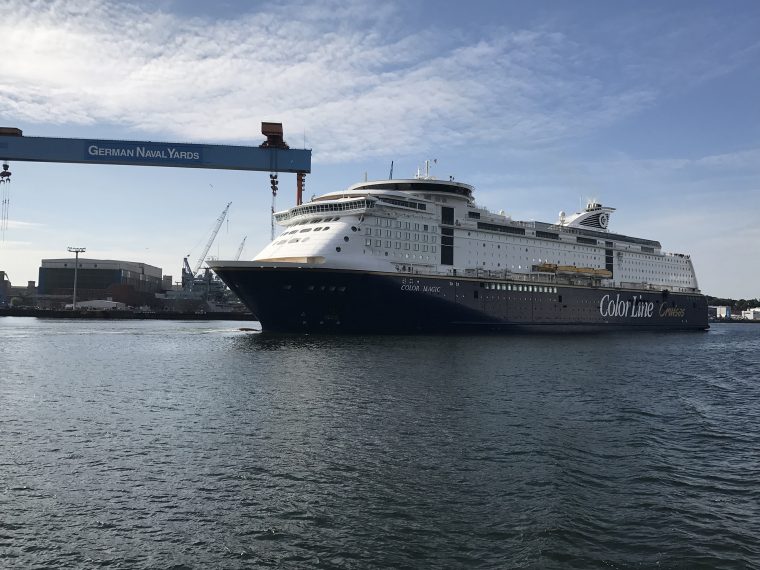 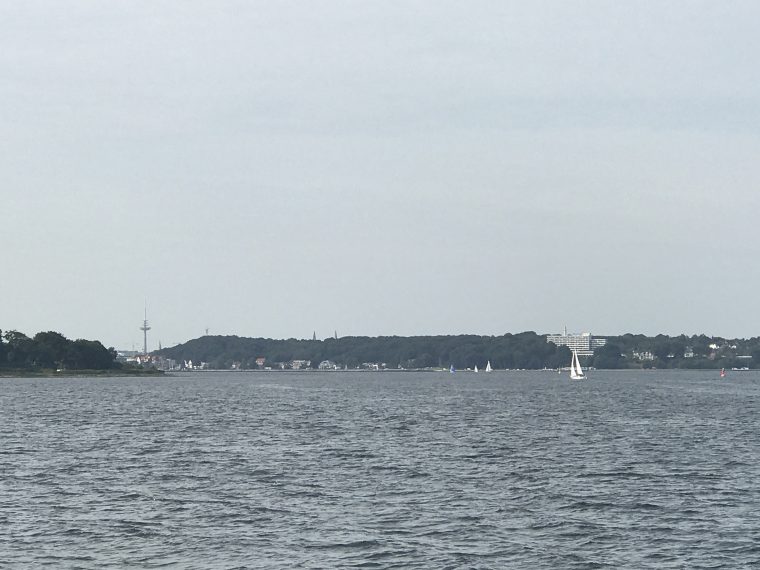 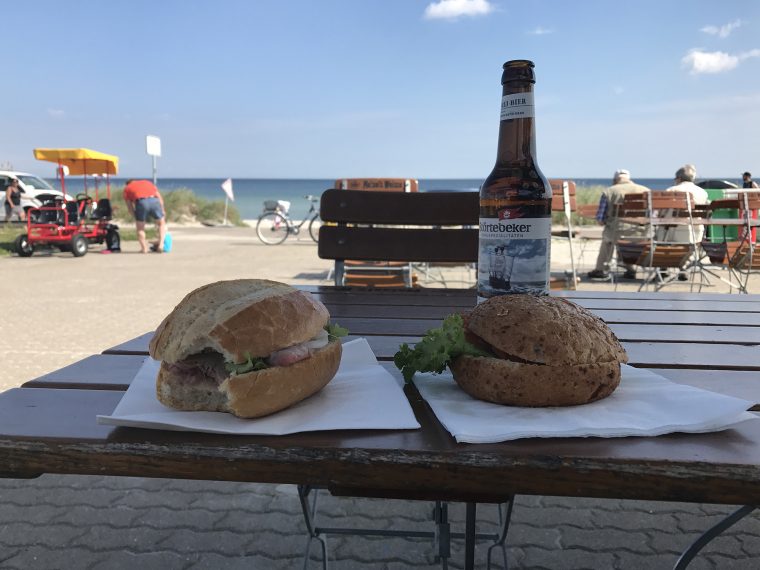 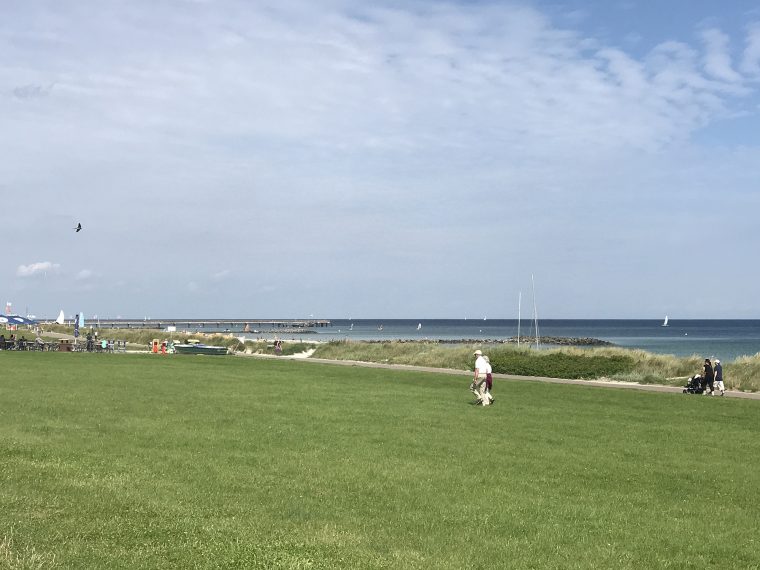 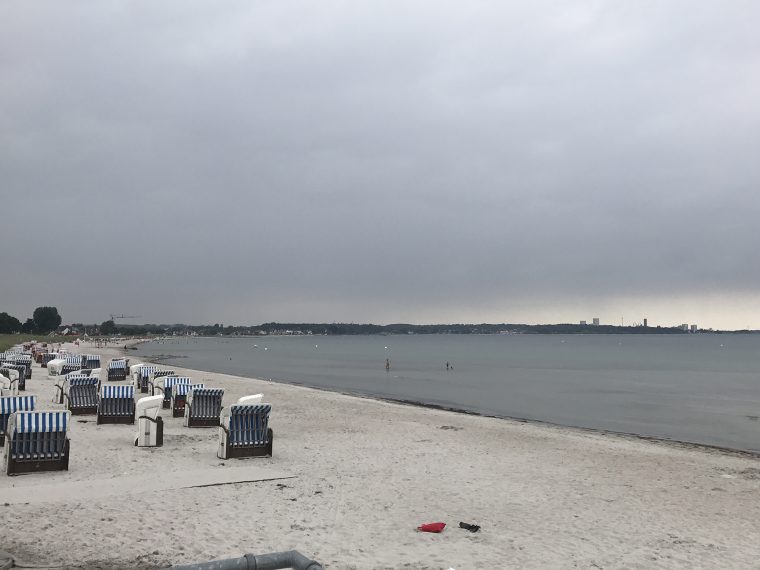 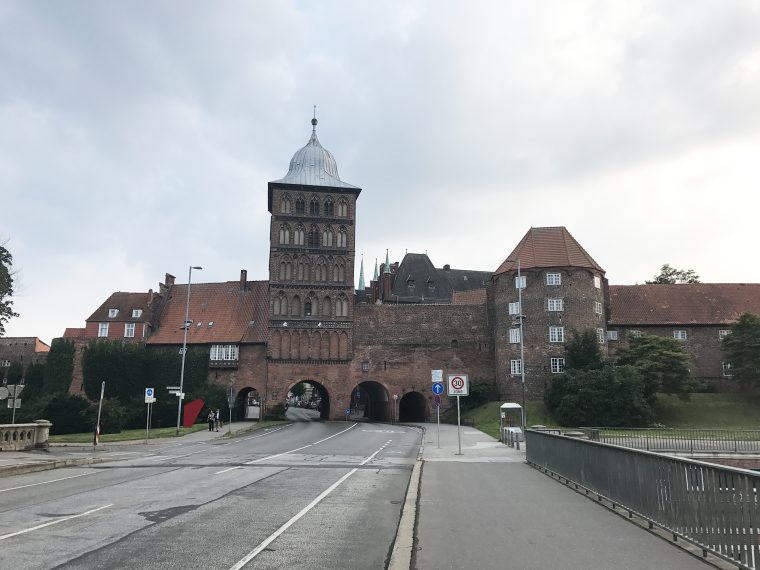 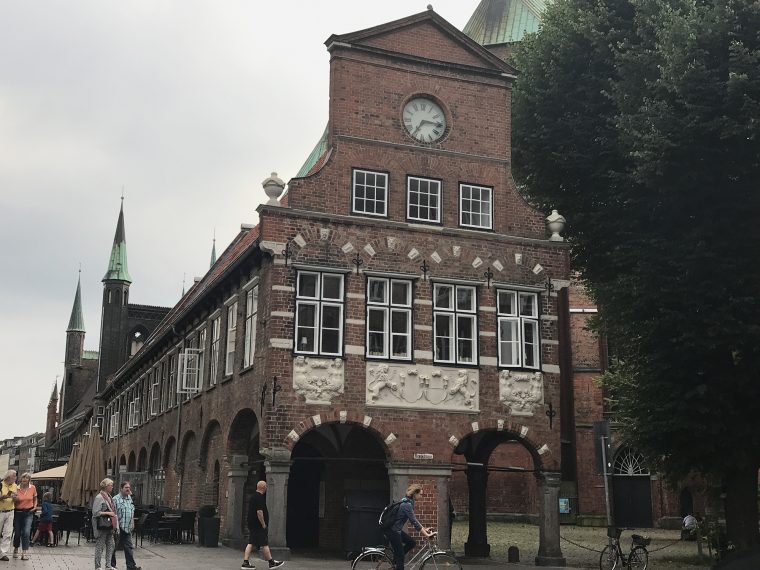 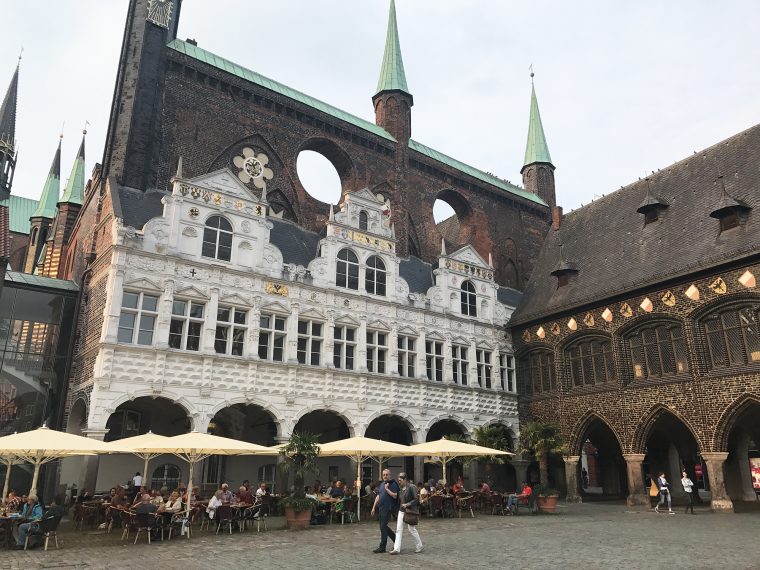 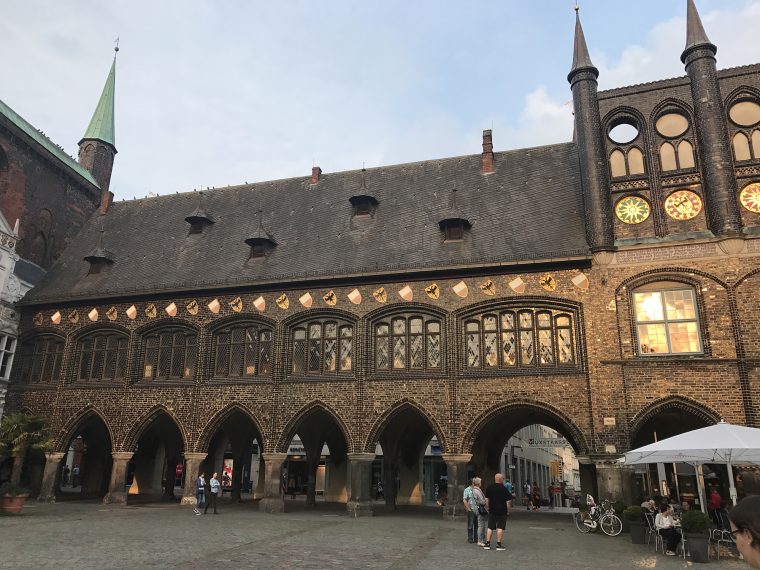 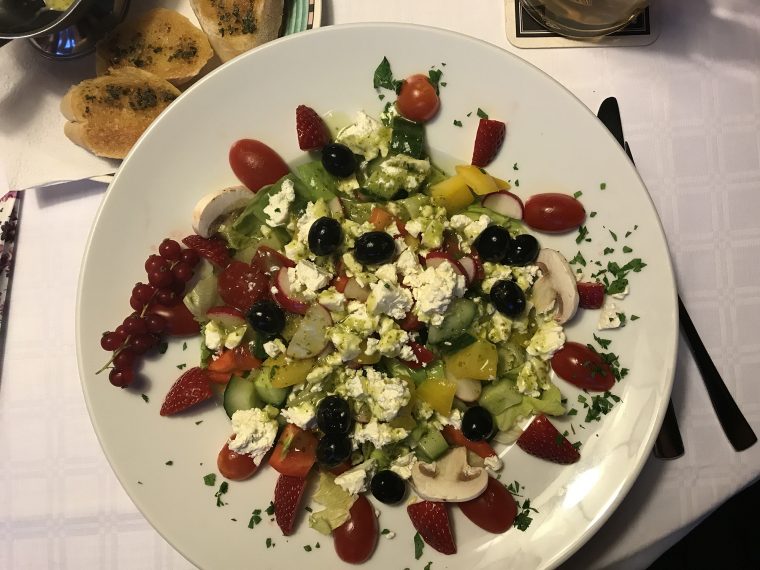 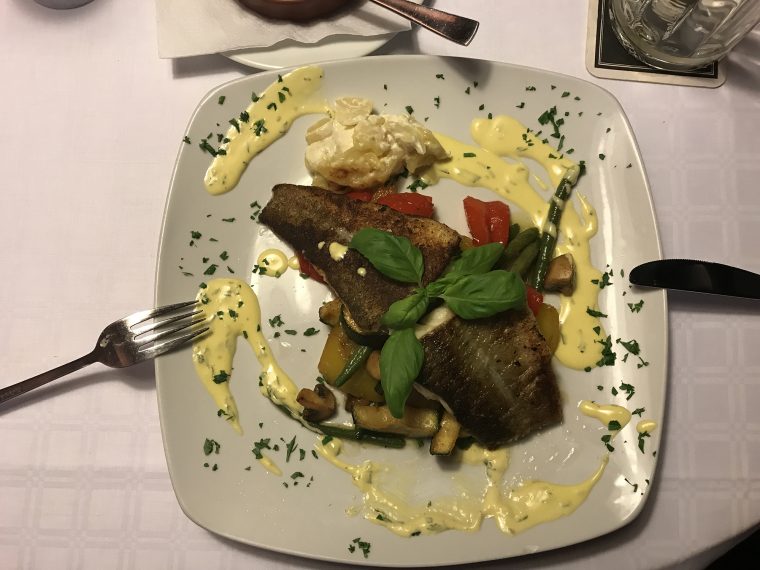 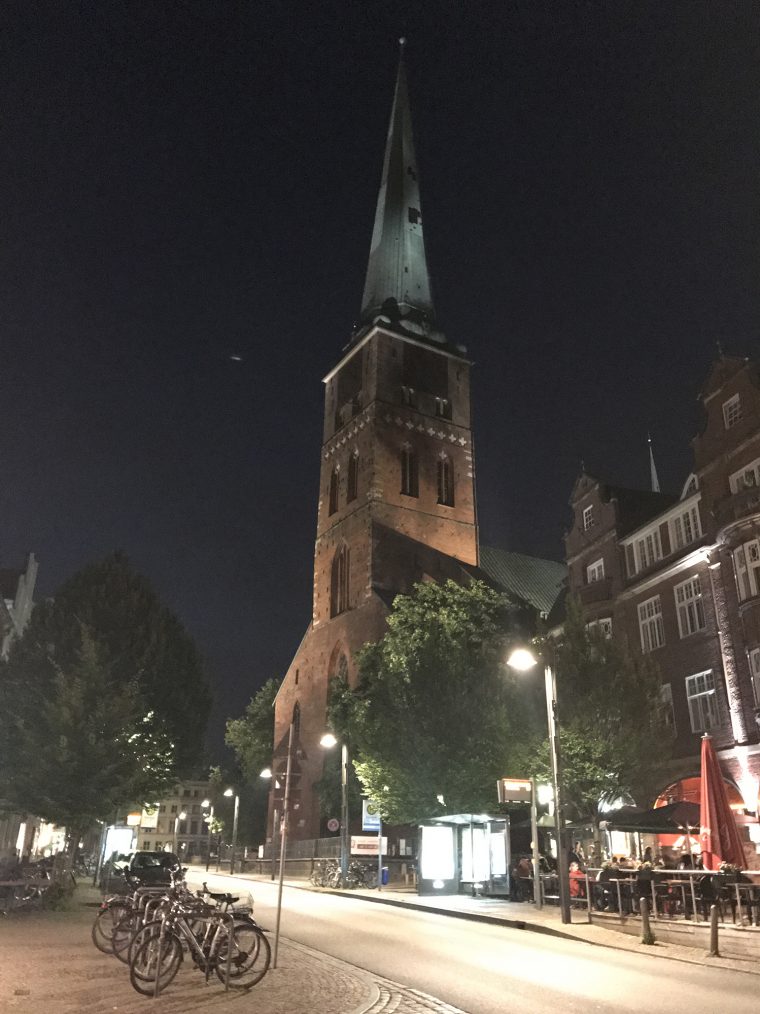 This entry was posted in Bike repair, By ship, Cycling